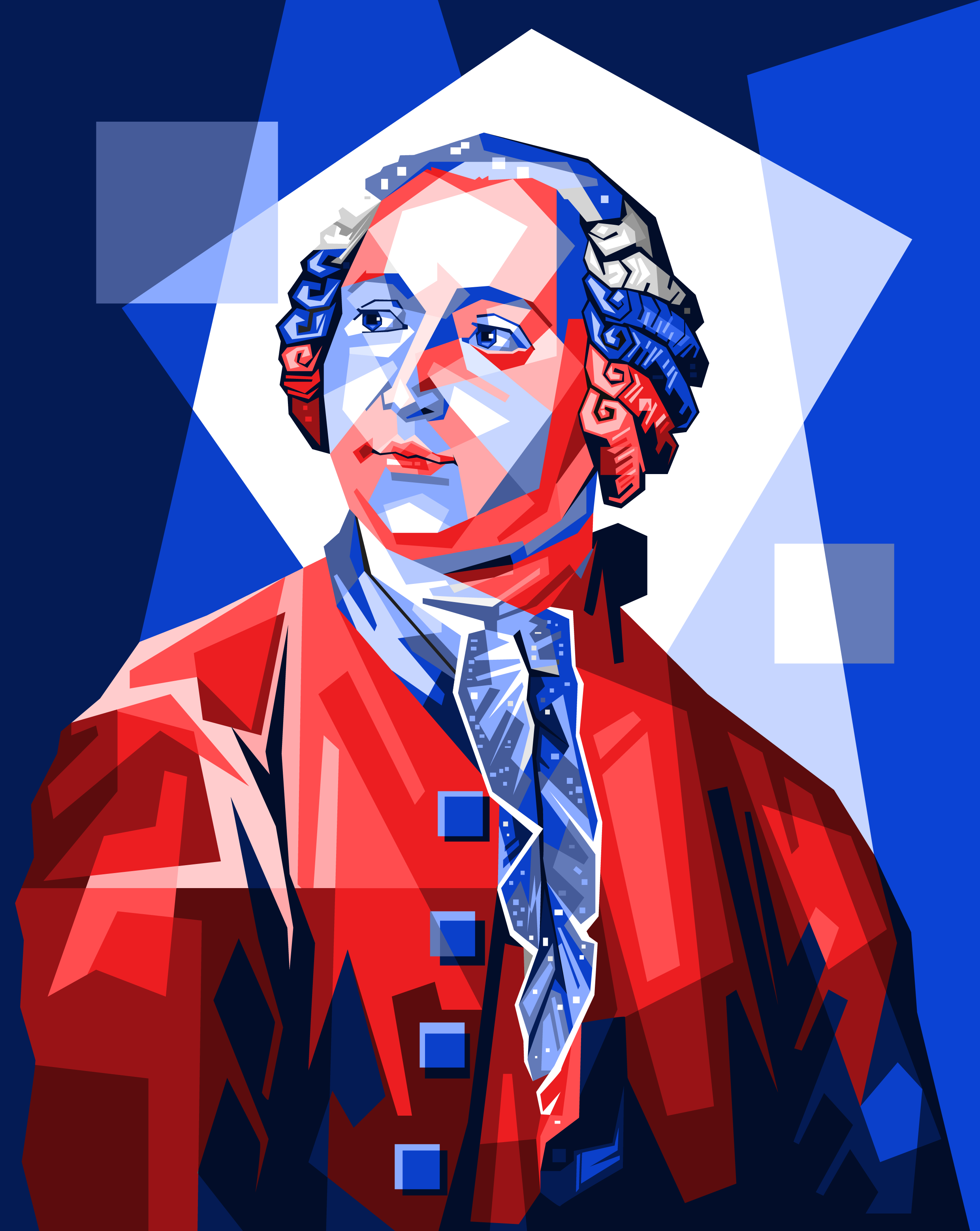 Within this already highly-selective echelon of polymaths, there exists an even more exclusive community: those that momentarily embody the soul of their country. Cemented & celebrated through erected statues, printed currencies & building eponyms, they’re defining personas typically thrust into a changing landscape. For the United States, it was Benjamin Franklin during its founding; for Russia, it was Mikhail Lomonosov during its enlightenment.

Our fifteenth protagonist this Masters of Many series, Lomonosov, led both a cultural & scientific revolution — helping position Russia as a center of 18-century Enlightenment. A man of legendary mystique, he’s well-deserving of his place among this group of polymaths. Persevering our niche focus, we explore his earlier years. In order to uncover their defining habits, choices & experiences we ask again: what was he like in his twenties?

— Famed chemist that established the Russian Academy’s lab, proved the law of conservation of mass in reactions & opened the first mosaic factory

— Accomplished geologist that catalogued over 3,000 minerals, demonstrated the origin of soil & explained the formation of icebergs

Mikhail Vasilyevich Lomonosov was born into a freezing existence. Spending his childhood in a remote, Siberian village (Mishaninskaya, later named Lomonosovo in his honor), his personal life mirrored his surroundings. The son of an illiterate peasant fisherman, he nevertheless experienced a worse turmoil in the matriarchy department: his mother died when he was nine. Exacerbating the situation, his first stepmother passed a few short years afterward as well. The proverbial cherry on top, his second stepmother made his home a living hell; a voracious reader from an early age & she’d callously berate him for doing so. He’d later remark that he:

Was obliged to read & study, when possible, in lonely & desolate places, & to endure cold & hunger

While his endearing father helped him understand commerce, Lomonosov sought a more academic influence & mentor, which brought him to the village deacon, S.N Sabelnikov. The deacon gifted him with two books (“Grammar” by Smotritsky & “Arithmetics” by Magnitsky) that Lomonosov fondly remembers as the gates of his erudition.

The legend of Lomonosov begins in 1730. Clear that his educational curiosity far exceeded the resources of his surroundings, he committed to heading out in search of a more academic ambiance. Set on the sprawling metropolis of Moscow, he courageously made the treacherous ~1200 kilometers/weeks-worth of isolated travel by dog sled.

Once settled in Moscow, the twenty year-old Lomonosov sought out a classical education at none other than the first higher education establishment in the city: the Slavo-Greco-Latin Academy [hereafter referred to as ‘the Academy’ ]. Already too far in his endeavors, he refuses to allow bureaucracy from deterring his admission & therefore applies with false credentials, falsely claiming to be a son of a Kholmogory nobleman.

He spent the next two years, twenty-two & twenty-three, perpetually working in a flurry. The average student started much earlier age-wise, so in order to catch up with his generation, he had to compress three years worth of studies to approximately eighteen months. This need to catch up triggered a competitive motivation. Of note, he was markedly financially desolate:

The following year, 1734, twenty-three year-old Lomonosov was tapped to attend the sister Kievo-Mogilyanskaya Academy in an exchange program. An active trip abroad, he publishes his very first artistic composition, a short poem called Verses to a Cup. Additionally, he mentally commits to the pious path with the goal of becoming a priest & joining the traditional religious expedition to Orenburg; curiously, he begins telling his academic colleagues that his father was in fact a priest. Dissatisfied with the STEM offerings at this academy, he returns back to the Slavo-Greco-Latin Academy early.

In 1735, his changing, contradictory background stories finally caught up with him & twenty-four year-old Lomonosov found himself in deep academic trouble — he faced imminent expulsion. Equally demoralizing, the Orenburg expedition rejected him. Thankfully, a last-minute miracle occurred & his academic record was spared: the government Academy of Sciences formally three requested students that had proven excellence in latin, math & science for a special assignment in the near future. Out of options & grateful for the lifeline, he fully embraces his academic side.

Next year, twenty-five year-old Lomonosov finally graduates The Academy, completing the study program that usually takes eleven or twelve years in a record five years. Per annual tradition, The Academy sent their top 12 students to St. Petersburg, scholarships in hand. His first few months into arrival, a mixed request came in from St. Petersburg & the Academy of Sciences; they sought three young undergrads to study abroad in Germany to bring back the latest academically in chemistry & mining sciences.

In January of 1937, therefore, the twenty-six year-old Lomonosov set out to study in Phillips-University Marburg, in central Germany, under the eminent scientist Christian Wolff. He remained under his tutelage for two years, which proved greatly influential both philosophically & as an access point for networking in increasingly-higher scientific circles. Lomonosov boarded with one Catharina Zilch, a brewer’s widow; & though he actively “was trying to escape love,” he soon found himself infatuated with the modest & beautiful daughter of his hostess, Elizabeth Christine Zilch. This same year, tragically, his alma matter, The Academy, burns down while he’s abroad.

Finally finished with his academic education & with a stellar letter of recommendation from the renown Wolff, he opted to sharpen his applied education for the next two years. Curious to expand his mineralogy, metallurgy & mining repertoire, twenty-eight year-old Lomonosov landed at Bergrat Johann Friedrich Henckel’s laboratory in Freiberg, Saxony. Fully embracing his inner-generalist, he self-studies German literature & publishes two additional poems: Ode & Letter Concerning the Rules of Russian Versification. Ending a whirlwind of a year on a positive note, he & Elizabeth give birth to their daughter, Catharina-Elizabeth in late November. Shortly afterward, Lomnosov & his beloved officially tied the knot.

In 1741, the year he turned thirty, Lomonosov finally headed home. Royally armed with cutting-edge knowledge & renowned referrals, Russia warmly welcomed him back by appointing him as Adjunct of the Russian Academy of Science in the physics department. Privately, he neared completion on his first major scientific publication: First Principles of Metallurgy or Mining.

It’s an unhealthy & counterproductive bias to assign infallibility to our heroes, regardless of generational stature. Suspending subjective labels & judgement is necessary for a healthy, comprehensive analysis; therefore, here, we’ll actively seek out that behind the veil & address the quirks, rumors & controversies behind Mikhail Lomonosov.

First, it’s worth surfacing his distinctive irascibility. Often isolated & exasperated, there are multiple recorded events of an irritated Lomonosov aggressively disparaging colleagues. Most famously, he was accused, tried & placed under house arrest in 1743 after verbally lashing out at multiple people in the Academy of Science; he was released in eight months, only after apologizing to everyone involved. His emotionally trying & physically callous childhood reasonably fueled his need to prove himself for the remainder of his life; it logically follows that he perhaps never lost this ferocity & at times responded with overwhelming & disproportionate anger. Explosive behavior from intense individuals is unpleasant, but not entirely uncommon — an understandable flaw.

Perhaps more worrisome as a lasting potential blemish to his reputation, however, is his pattern of outright submitting falsehoods. It’s particularly unfortunate because it re-casts one of his most courageous moments as one of foreshadowing: his big lie that he’s of nobility to attain admission at The Academy. Incontrovertibly, an intrepid twenty-year old crossing the Siberian tundra in search of better education & submitting a necessary lie is admirable. His follow up lie a claiming that his father was a priest & nearly getting himself expelled? That highlights an alarming lack of judgement & hints at a sense of arrogance.

Who Was Mikhail Lomonosov In His 20s? A brilliant, curious, generalist student of life with a unique & courageous sense of perseverance.

Was He Accomplished In His 20s? Outside of academic record, not entirely. Akin to Thomas Jefferson or Jagadish Chandra Bose, this formative period was marked by a decade of prestigious schooling, hands-on apprenticeships & elite networking.

While he had no deep or revolutionary discoveries during this decade, his remarkable range as a polymath was inarguably visible. A traditional polymath that genuinely straddled the line between artist & scientist, he’d shortly lead a cultural & scientific movement, on of Russian enlightenment. More than worthy of placement among Da Vinci, Franklin, & co, Lomonosov would rightfully come to personify the ethos of social mobility through heroic perseverance & immeasurable creative intelligence.