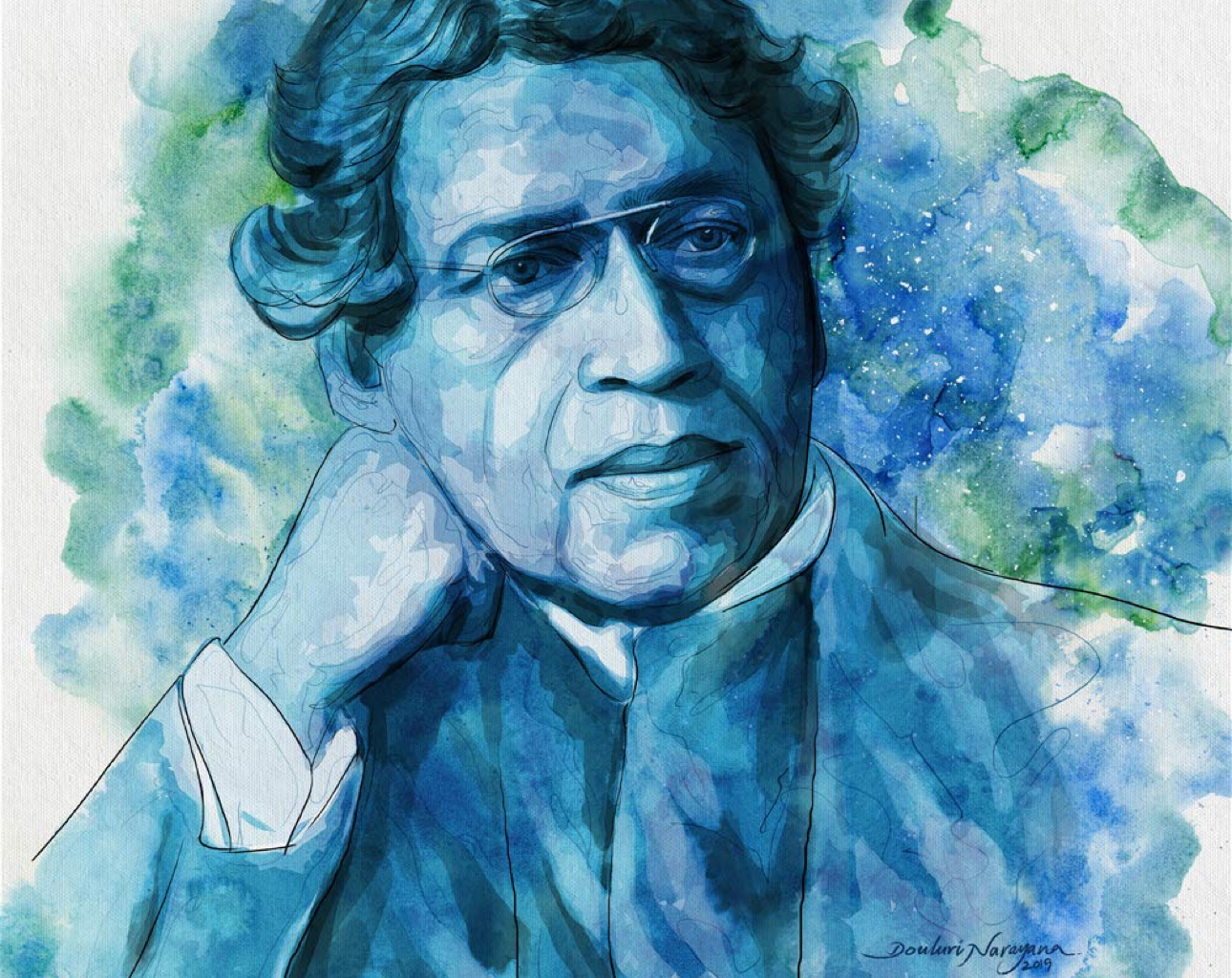 The True Laboratory Is The mind, Where Behind Illusions We Uncover The Deeper Laws Of Truth

Breakthrough progress under a simmering sense of social pressure is quite difficult — a life of breakthrough achievement while facing down overt racism, is something else entirely. And yet to remain an empathic, humanity-first soul among it all is what truly makes Sir Jagadish Chandra Bose, our twelfth-entry in our Young Polymath series, a master of many worth studying.

From physicist to biologist to author to activist, Sir Jagadish Chandra Bose is tragically overlooked as one of the greatest thinkers of the previous century. Maintaining the same focus as previous submissions, we ask again — what was he like in his twenties?

— Known as the Father of Radio, inventing the Mercury Coherer famously used by Guglielmo Marconi for his transatlantic radio

— Philanthropist who not only self-funded the majority of his research, but additionally refused to patent his inventions

Jagadish Chandra Bose was born on November 30th, 1858 to a Bengali family in the district of Bikrampur. His father, Bhagawan Chandra Bose, was a leading member of the local religious sect; a conservative man very tied to his cultural roots, he intended to pass off these local values to young Jagadish. As a result, Jagadish attended school locally, learning the vernacular language before heading off to a more-prestigious academy to study English.

A time of quiet & peace marked by Bose’s innate curiosity, he later in life credited this period with his deep appreciation for nature, claiming:

Sending children to English schools was an aristocratic status symbol. In the vernacular school, the son of the Muslim attendant of my father sat on my right side, & the son of a fisherman sat on my left. They were my playmates. I listened spellbound to their stories of birds, animals, & aquatic creatures. Perhaps these stories created in my mind a keen interest in investigating the workings of Nature.

Bose joined the Hare School in 1869 & then St. Xavier’s School at Kolkata. In 1875, he passed the entrance examination for the University of Calcutta & was therefore admitted to St. Xavier’s College, Kolkata.

In 1878, the year turned Bose turned twenty, he came in contact with his first mentor: Bose credits Jesuit Father Eugene Lafont with furthering his passion, attention & interest towards the natural sciences. The next year, at twenty-one, Bose received his Bachelor of Arts from St.Xavier’s College. He intended to return home & compete for the Indian Civil Service (in the same footsteps as his father). Senior Bose, however, had other plans — he canceled his son’s examinations & claimed that he wished his to be a scholar, one who would:

Rule Nobody But Himself

In 1880, at twenty-two, Jagadish moved to England to study medicine at London University, England. However, due to multiple bouts of Malaria, Jagadish quickly found his symptoms exacerbated by the odor in the dissection rooms. This led to him withdrawing by the end of the academic year. Gravely disappointed but not down for the count, he applied & received a scholarship to study Natural Science at Christ’s College.

At twenty-six, in 1884, Jagadish furiously finished one academic program only to apply & complete an entire additional degree within the same year. This year, he not only completed & received his second Bachelors of Arts degree from Christ’s College, but he also attained Bachelors of Science from the University College London.

The mature immigrant now longing to return to his roots, on his return home, twenty-seven year-old Jagadish was appointed as an officiating Professor of Physical Science at Presidency College of Calcutta. In this first job, Bose became a victim of blatant racism as his salary was fixed at a much lower level than that of the British professors. As a protest, Bose refused to accept the salary & taught at the college for free. Eventually taking up research alongside his teachings, the first two years were a heavy adjustment period for the academic Bose now removed from pure learning.

In 1887, the year he turned twenty-nine, Bose married Abala, a prominent activist for education & divorced women. On the professional spectrum, after three years, the college Principal Twany & Director Croft, impressed by his brilliance, jointly recommended full salary for him as well as full payback for the three years since he joined.

This is the section where we turn over stones & search on the dark side of the moon for any hint of darkness within the character of our protagonist. There’s a particular reason why this entry has the word empathy in the subtitle however, not for a lack of trying, just like Mary Somerville, absolutely nothing negative came to light regarding Sir Jagadish Chandra Bose — quite the opposite.

Just within this thirty-year profile, we see two instances of Bose’s marked compassion. First, his quoted recall to his childhood curiosity when observing nature; second, his silent yet powerful protest against employer discrimination. Past the scope of this mini-bio, his single-largest attribution of humanity is missing from this article: his intuition & discovery that plants feel. This contribution to the field of botany is mainly credited to his invention of the crescograph — an instrument used to measure the previously-invisible reactions to external stimuli within a plant. Lastly, famously, one of the main reasons Sir Jagadish Chandra Bose has been overlooked in history is a result of his attitude towards taking credit: throughout his life, Bose refused to patent his inventions for monetary gain or recognition. Bose is one of those very rare souls where his pursuit of science & knowledge wasn’t just personal, as it is for most entries in this series, more importantly, it was selfless —not for the history books but for the continued benefit of all.

Who Was Jagadish Bose In His 20s? An avid scientist student with a heightened sense of compassion & self-awareness.

Was He Accomplished In His 20s? Not particularly, no. Similar to Jefferson (in trajectory, certainly not in topics), Bose spent his twenties conquering the collegiate/academic world & rubbing shoulders with future innovators & scientists.

Less well-known then previous subjects, Bose’s humility is unmatched & admirable in its own right. The man to both first demonstrate wireless waves & prove that plants are “alive,” Sir Jagadish Chandra Bose was uniquely tuned in to nature. A stark contrast to previous protagonists Newton & Tesla, Bose reminds us that genius isolation is but one path — warmth for our fellow man & nature can also indeed be a compass for deeper knowledge.