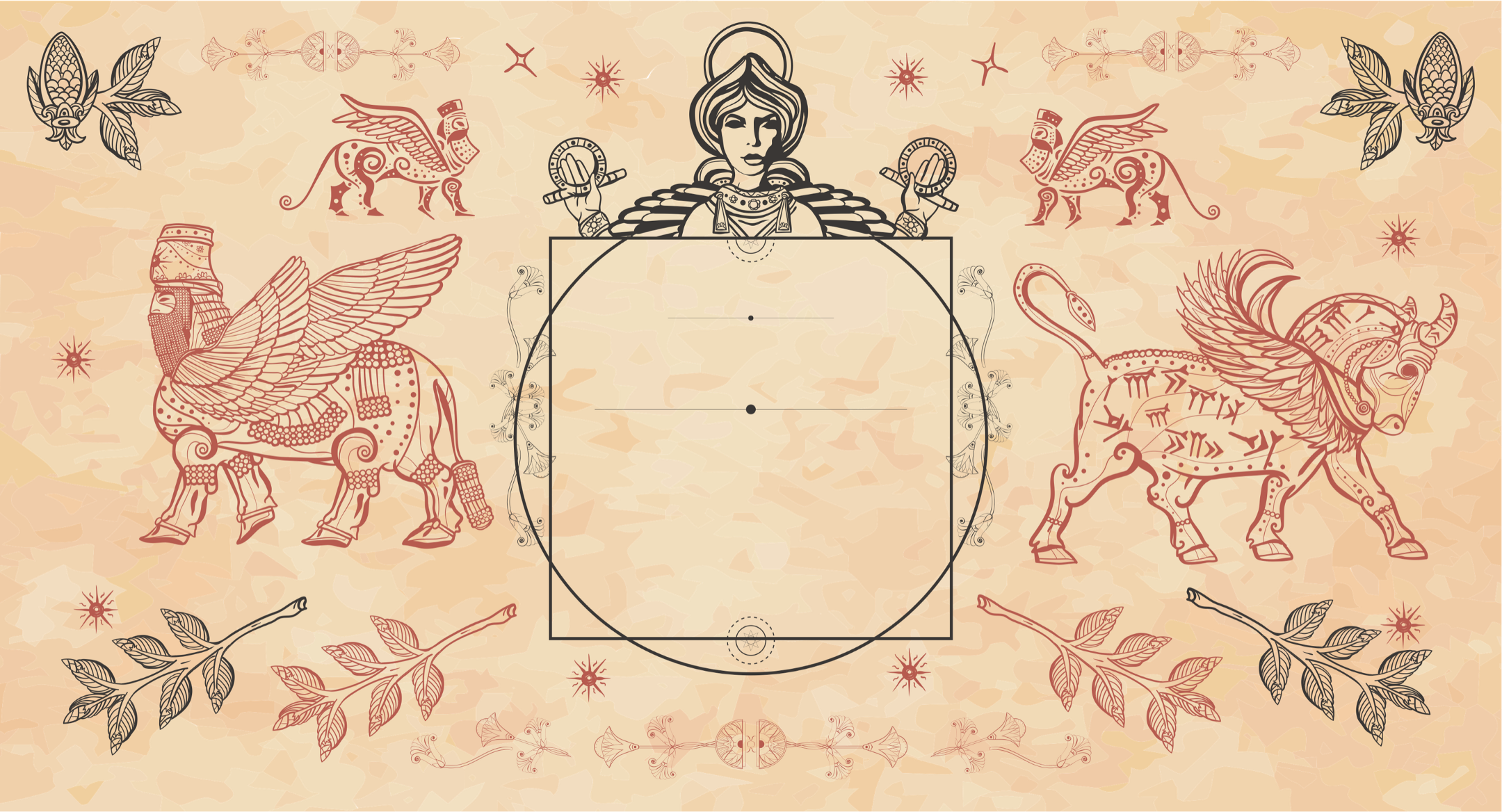 Within the world of mathematics, nothing has a profound impact on, well, everything. In “nothing”, we know that we’re effectively referring to the number zero’s (0) identity as the absence of anything. The application of zero, in a primitive sense, has been innately understood from the beginning of recorded history — even wild animals notice an absence of resources.

Quantifying This Principle, However, Wasn’t Quite As Obvious

This innate understanding for zero passes as common sense, yet it took thousands of years to develop a mathematical value to numerically represent it. While the concept is understood & applied to everyday life by the earliest humans, the written, numerical value of zero was only distinguished in relatively recent history. It’s obvious in hindsight, but think about the paradox involved here — we use numbers to represent value, yet, zero, or nothing, is inherently value-less.

As the epicenter of early civilization, Mesopotamia offers the earliest conceptual resemblances of a ‘zero’ figure. Through preserved artifacts, archeologists were able to decipher what the Babylonian’s sexagesimal number system looked like ~4000 years ago, in 2000BC:

Though less efficient than our decimal system, the Babylonian numerical system was impressively useful for record-keeping with respect to time. Unfortunately, this system was also used in the merchant class for sale & income records, where its shortcomings shine through.

The Biggest Difficulties The Babylonians Faced With Their System Was Rooted In The Lack Of A Numerical Zero.

When recording, scribes would denote ‘a lack of value’ as two wedge marks in the column that had no numerical value. For example, a value of ‘101’ is recorded using the ‘no value’ double wedge mark in the ten’s column. This double wedge helped the scribe to differentiate between ‘101’ & ‘11’. But how is this different from our modern zero? It is important to understand that this double-wedge notation was not given a numerical value. Rather, it was simply used as a placeholder for a column with no value; not quit “0,” but more so the Babylonian equivalent to using ‘N/A’. Although within this context it served the same purpose as a zero, its functionality & versatility is nonexistent in comparison to the numerical zero.

When counting to 10 or even 100, this system seems reasonable; every number has its unique symbol, or a combination of two symbols (as seen in the notation of 11/12 in the above figure). It is only when recording larger numbers that the kinks in this system become apparent. Consider the US national Debt of $23,576,361,671,434. Using the table of figures above, we’d come up with the following table value:

As illustrated above, we calculate the Total Value (right-most column) of each row by multiplying the Symbol Value times the Column Value; we then repeat this with the next row, all the way down the table. Finally, we aggregate all Total Values to output a single final value. Complicated? Not entirely. Practical? Not at all.

The Babylonian system worked sufficiently when dealing with smaller quantities because merchants of this time were dealing with quantities in the hundreds, not the millions. The issue with this system, as highlighted above, is more obvious when dealing with very large quantities. With the infinite property that numbers possess, the Babylonians faced a daunting task to determine the value of large numbers from their established columns & symbols.

In retrospect, the problem lies in the lack of the number zero. In the modern numeral system, the difference between 100, 1,000, &, 10,000 is a mere addition of a significant zero. While in the Babylonian numeral system, completely differentiated symbols are required to represent these quantities. The symbol-based system became obsolete when numbers had more use than simply counting the loaves of bread sold in a day. With mathematics playing a pivotal role in the technological & societal advance of the human race, the concept of the absence of anything needed to be quantifiable. Without a defined number zero, the vast majority of mathematical proofs & theorems would be unachievable. The invention, or more so discovery, of the number zero, was a monumental leap in the advancement of society & has been traced to early 7th century India.

While the birthplace of the numerical zero is debated within history & math circles, India is the most likely. While the concept of zero is visible in Mesopotamia, China, & Mayan culture, the numeric value was first assigned in ancient Indian writings. The very first known writing to include the numerical zero is found in the Bakhshali Manuscript — a manual to arithmetic for Indian merchants dating as far back as 7th century AD. Archeologists discovered that this ancient manuscript, written on birch bark, contained black dots under numbers that were determined to be the first known usage of zero as a numerical value:

Compared to the previous Mesopotamian usage of zero, this manuscript did not utilize the dot as a placeholder for an empty value but rather as its own number. Peter Gobets, secretary for the Zero Project, a foundation dedicated to the study of the development of zero in India, hypothesizes that:

The mathematical zero may have arisen from contemporaneous philosophy of emptiness, or Shunyata

A core concept of the Buddhist teachings central to Indian life, this philosophy materialized into the mathematical principle of zero by Indian mathematician Brahmagupta. His teachings were the first to define zero & its mathematical operations in 628AD. However, it is worth noting that Brahmagupta’s contribution is about ~500 years after the “Bakhshali Manuscript.” This again suggests that while Brahmagupta was the first to define zero, he was far from the first to discover its principle. Regardless, it’s evident that India is most likely the correct candidate for the geographical origin of the number zero.

The importance of zero is irrefutable, yet Europe was specifically hesitant to accept this new mathematical principle. It was first introduced to Europe by the Moorish conquest in the 8th century & later developed within Italian by Fibonacci. As the idea spread throughout Europe, there was push-back from different religious leaders of Europe. Dr. Vander Hoek of the Zero Project explains that the religious leaders believed,

The concept of zero was interpreted, by some, as a satanic teaching because “nothing” was viewed as logically equivalent to being ‘empty of God’. Along with religion, blatant racial issues compounded the push-back. In 1299, for example, Florence banned the usage of Arabic numerals: a direct result of the fear that Europeans had of the Arabic & Hindu people. This ban limited the merchants within the city to only the usage of roman numerals; an outdated system that did not have a numeral zero. It wasn’t until the 1600’s when roman numerals were again superseded by the Arabic numeral system in Florence. With perspective to the technological advancements over the past 50 years, it makes one wonder what three centuries of zero could have done for advancement.

The vitality of the discovery of zero cannot be understated — zero is multi-functional. It’s both a key placeholder in the modern number & it’s own number as well; as a placeholder, it differentiates ‘1’ from ‘10’ & it also allows a system in which only 10 digits are necessary (as opposed to new symbols for large numbers, such as the Babylonian numerical system). Yet this isn’t all — zero is also the ‘middle-man’ between positive & negative.

Perhaps the largest, lasting impact that resulted in the implementation of a numerical zero is the common utilization of mathematics. Before zero’s introduction, calculations were almost exclusively reserved for mathematicians using an Abacus — a tool allowed for simple calculations. With the introduction of the Arabic numeral system (which remember was catalyzed by the numeral zero) common people were able to compute complex calculations that extend far beyond the capabilities of Abacus. This swell of public utilization exponentially drove the growth in the fields of science, technology, & the advancement of the human race.

The unfathomable reality is that zero is found almost nowhere in the natural world — there is always something, even in apparent nothingness. An empty sky is really just full of space. This paradox might be abstract & contradictory, but it brings about interesting insight to the late discovery of zero. Early advances in sciences and math were brought about by the study & understanding of the natural world.

Since zero does not exist in the natural world it is no surprise that it took thousands of years for civilization to conceptualize the numerical value of nothing.

Functionality was always understood, but the numerical quality of nothing has escaped the grasp of human comprehension until of recent. The concept of nothing has always been, yet it took the quantification of this nothingness to catalyze every aspect of modern life.

The Nothing That Is

The History Of Zero