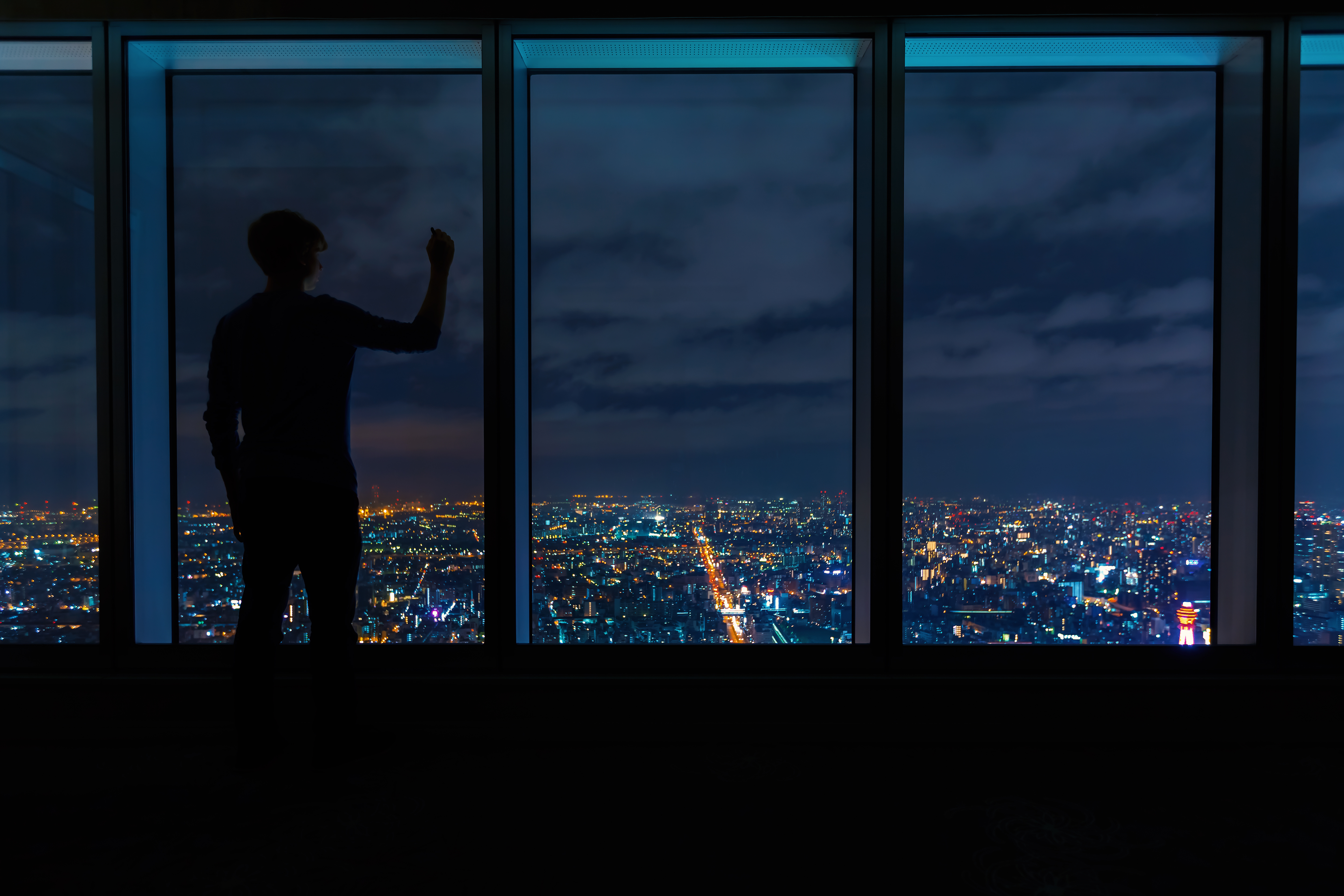 I’ve always liked these phrases — lulling the reader with predictable prose, only to rug & reveal that the complete opposite is true.  The first two are well-known, but I’ll take local credit for the last one; a speck of dark, self-deprecating humor as I found myself completely destitute in late 2018.

Yes, I had the basics. I lived in a lofty Fort Lauderdale condo, held a Masters in Finance (a supposed testament to my financial competence) & owned a company (app development agency) in the next building over. And yet the alarming, red-tinted text reflecting negative balance accounts in both my personal & company accounts struck me in awe:

There’s feigned imposter syndrome, then there’s real “I literally can’t afford to live here” imposter reality. Forget Christmas presents or NYE plans, I had to immediately cancel my healthcare & beg both landlords to give me two months of extension (one of whom laughed the request off).

Business is seasonal, cyclical, but unfortunately, paying rent isn’t. And in the depths of Q4 / early December, especially if you’re in b2b, you know new business isn’t walking through the door. Depleted savings is an uncomfortable feeling but nothing I hadn’t handled before, it was really the brutal timing that delivered the gut-punch. The iron certainty that we had zero probability of making a Hail-Mary sale during this time period. From the beginning of November I knew deep down that I was out of options:

In order to not get evicted & make payroll, I’d have to make at least $8k/Mo in December & January…

And so this no-name non-writer did exactly that. In 2 months I cleared about ~$16K from doing nothing but arguably the most saturated skill on the internet: I wrote.

Of course, like all matters of relative success, there’s hardly a secret behind the veil. So before diving into the details, I’d like to immediately present two disclaimers that’ll set the context:

The heart of this article isn’t this single snapshot but rather how a tiny habit slowly, almost subconsciously, chiseled  into a solid foundation; it’s about how internalizing a habit of creating consistently & curiously, without expectation, provided me with the toolkit to take action during this crunch period. Without it, as it turned out, that flashing destitution would’ve cemented itself as crushing bankruptcy.

With that out of the way, I’ll (quickly) take you back to that crunch period. In mid-November, it was clear to me that I’d essentially have two weeks of prep time before kicking off the hardest writing period I’d ever endure.

The Challenge — $16K In 2 Months From Writing

There’s a ton I’ve f*cked up on in my now nearing ~30 years of life but perhaps my one saving grace is my ability to maintain a militant discipline in daily habits. Among those, the habit to write for varying periods of time. Usually, 30–45 mins during the weekday & twice that on the weekends; a habit I started with an ambiguous but (I felt) necessary goal: I sucked at writing & wanted to improve.

After four years of habitually writing I possessed a portfolio of just under 100 articles that ranged from 3–5 macro themes & an albeit small, but tight, Medium audience. I also, due to my development agency work, knew the basics of reaching out (aka sales) for freelancing gigs.

So in Mid-Nov, with cold-air clarity in mind, I strategized to line up as many writing opportunities as I could. Again, I’ll write a follow-up article that answers the exact how behind this process, but by the time December 1st came around I had the following planned out:

In total, $7.4k guaranteed (~46% of goal) for 8 articles with a total of 14 articles planned out for the next 2 months. Mind you, this was only the guaranteed portion & didn’t include either additional closed sales nor the expected payouts of the Medium publication. The rest of the story writes itself as they say…

Yes it was grueling, taxing & terrible for my overall health but the actual writing part was, well, simple, straight-forward. Not at all easy mind you, but after four years of consistently writing & publishing I had looted the following:

Below, for the first time, I’ve taken the time to overview these lessons & how they enabled me to react when pressed.

I didn’t start this habit to ever use it as a lifeline, & yet, that’s inevitably where this habit of simply creating took me — looking back to connect the dots indeed. The result of this snapshot period is only the delayed gratification of years of creating consistently & curiously (aka without [major] expectations).

It’s the underestimated & undervalued magic of compounding, except reflected in skill sets — the best possible investment in yourself no?

Not unlike sports, the underlying soft skills that gave me the confidence to excel & sell my services only came after years of repetition. There is zero chance I would have the confidence to either commit myself to those price points or those deadlines without the years of build-up in the soft skills that are required: focus, discipline, curiosity.

As an example, when I started this habit I set the goal of writing for only 15 minutes daily…& I still failed frequently, continuously missing my streak & starting over again. Instead of giving up, however, I tweaked the requirements.

Maybe focusing on writing entirely for a single 15-minute sitting was too tough, but surely I could focus through x3 5-minute mini-periods instead no? And slowly, but surely, that focus muscle grew from 5 mins to 15 mins to now 120 minutes.

By the time the crunch period rolled around in year 4, I had zero doubt in my discipline to sustain focus through long periods of writing.

If you don’t have some skill to sell, you’re already out of the game. This is obvious in retrospect but to answer the question: could someone that *hadn’t written [created] for 4years* pulled this off?

Absolutely not. And while the time commitment part of any article is usually the most sobering, I insist on looking at the upside of flexibility here:

It doesn’t matter if it’s writing, drawing, video editing, podcasting, etc. — all of these skills are almost always in demand (though yes, saturated).

All of these skills are well within anyone’s reach — the key is really just purposeful consistency. And it’s the curiosity that’ll give it purpose; additionally, it’s also the curiosity that’ll enable you to eventually stumble upon your niche, cultivate authority & compete on expertise/value, not price.

After just 4 years of minimal improvement through purposeful repetition, I knew that I was at least no longer a trash writer — I had made enough pennies through Medium to know I had a hard skill I could lean on & sell.

In the creator economy of any content, social proof is a function of audience & portfolio. Now, we could write entire books on either of those verticals, but we’ll keep it at a high level:

You never want to compete on pricing, you want to sell your medium *&* content expertise.

The “curiosity” part is paramount:  what deeply interests you? What peculiarity, interest or curiosity did you have as a kid that got you labeled as a weirdo? Lean into that. The beautiful part of the internet is that there are niches within niches within niches.

Curiosity is what will make the practice purposeful. If you want to increase a habit you must decrease the friction in UX — literally, write about whatever you want.

Even if you completely lack any original ideas, no worries! Start creating by summarizing whatever interests you. In fact, I too had no clear niche when I started writing. If you look back far enough in my profile you’ll see that the first few articles were quite literally just mediocre summaries of books I was reading at the time.

It took years to eventually look back & realize there were similar themes in my writing. From there, the niches slowly began to reveal themselves to me.

Like most significant life decisions, it happens as a background thread — slowly, then suddenly. Our great tragedy as a species has & always will be our innate inability to notice the subtle delayed gratification of consistently compounding. I started writing simply because I thought I sucked at writing.

And while the why for starting the may have been anchored in some North Star objective, eight years later, it’s clear that the importance of that “why” faded exponentially over time. At some point, I did accept that I was a better writer than when I started, but all that matters now is that this habit is second-hand nature, it’s ingrained, cemented & I see no reason to ever stop.

Throughout the years that’s of course wavered. Sometimes it’s dipped to 5 minutes a day & others it’s spiked to ~120 minutes a day; but for the absolute very rare exception, I write. I’m a nobody writer that you’ve never heard of, yet when backed in a corner, I was able to leverage my tiny habit daily into two months worth of income.

So do yourself a favor, gauge how much you consume content (in any form)& commit yourself to create as a daily habit for at least a fraction of the time. The medium & the message literally don’t matter nearly as much as simply beginning does. The medium, the message, the topic of the message, the research, the process…all skills that gently materialize from the obscurity of unknown unknowns over time.

Start that blog, that podcast, that live stream etc…you very likely won’t make it huge but just a few years of creating consistently & curiously will guarantee an outsize return at some point. As always, the destination is not the destination but rather the journey — who you become from attempting the journey.