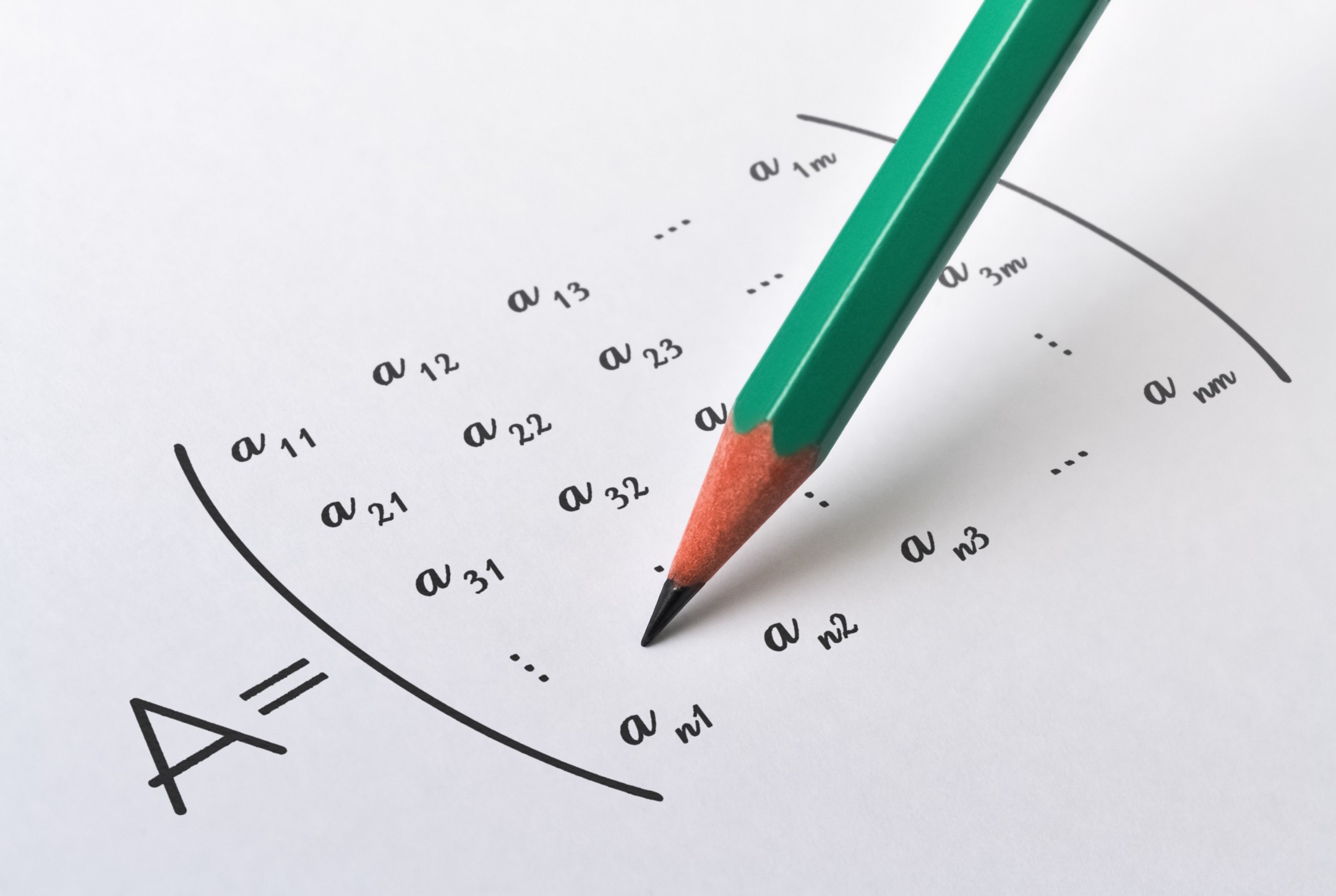 Seven years ago I sat through my linear algebra (LA) class as an undergrad at the University of Florida. Like most math studied for a mark, it blurred by as I (unfortunately )forewent deep understanding for test memorization. I recalled matrices, the infamous RREF, Cramers Rule, eigen-everything & all the expected buzzwords that one comes across in the topic. Yet, LA felt weird. While I intuitively & excitedly grasped calculus, rates of change & the world of integrations, LA was the first time I was overwhelmed with a new language; the weeks flew by as I memorized vocabulary, formulas & notation, yet I didn’t get the why — I had no big moment of revelation, only the simple satisfaction that I was one step closer to attaining a degree.

After that class, my life quickly deviated from a normal trajectory. Entering my junior year at UF, I made the hard-choice to forego my beloved double-major in Math & Finance to start a practical Masters in Finance early. After a (really) short stint on Wall Street, I veered hard into startups & technology — learning how to design & program. But my love & passion for understanding, not memorizing math never left — & LA left me itching.

The Return Of Linearity

Now with an inkling of stability, my passion for the Universe’s language surged back; for the last three years, I’ve committed to self-studying the more advanced branches of math that escaped me. From graph theory to set theory to information theory, I’ve slowly rounded out these topics; eventually, I decided to loop back to the one topic that felt off so many years ago, the one topic that I passed, but didn’t truly understand.

To my delight, seven years later, the big why(s) behind the elusive LA were finally answered. Seven years later, I now believe that LA, not Calculus, is the true gatekeeper to the higher branches of advanced math — these are the reflections I walk away with the second time around:

Below, I’ll explain these two over-arching points in-depth. The first statement unwinds the fog that I felt while learning it as an undergrad; the second statement makes the argument that LA is underappreciated as the practical crux of applied modeling in all of STEM.

From Physical To Abstract

In retrospect, “knowing” about matrices ahead of time provided a false sense of confidence; LA is the first semester of math reached by students that’s heavily abstract — it’s a wade into the world of pure math. Sure, applicable examples are sprinkled in a course, but it’s a minor percentage relative to Calculus I,II,III & DFQ that all heavily rely on applied examples.

Anecdotally, I have this memory of my beloved professor rallying interest, frantically waving his arms while excitedly repeating that:

These principles of linearity hold true for all dimensions! Not just 2D & 3D but up to 4, 10 or 50 dimensions!

Great, I mused, but I’m a mere mortal that can only perceive the 3rd dimension & barely imagine the 4th — I don’t even know what “10 or 50” dimensions means, let alone grasp why this is meaningful.

Skipping ahead & yet feeling behind because I couldn’t understand the benefit of learning the language was a bit jarring. My second takeaway is that LA is innately slightly challenging because LA is the first class that straddles the line between applied & pure math. High & confident off of the applied physics problems that plague the Calculus's, in retrospect, perhaps a simple disclaimer could’ve prepared my patience:

Warning: Abstractness Ahead — This Is Likely The First “Pure” Math Class You’ve Taken, Be Patient As It Takes Time To Adjust

Last but not least, LA is also (usually) the first class to gently introduce proofs. This part wasn’t as confusing as it was understated. Like how in previous classes, teachers prove theorems, I didn’t realize (until much too late) that the time had come for the student to produce proofs.

Admittedly, this might not have been your experience — this is simply mine. Could I have corrected my false expectations ahead of time? Sure. And now, as opposed to a mere ~7 years ago, LA resources are a click away. For the autodidact skimming out of curiosity, I highly recommend both the LA tracks on Khan Academy & 3Blue1Brown.

Language-syntax heavy, mathematically pure-ish, & a high volume of proofs all mixed together for what I perceived as a fog. This second time around, thanks to the many resources available, I was able to pinpoint the vectors (heh) that compounded my initial confusion. A fair warning to those taking a college course or self-studying LA: be patient. It’s unlike any other branch you’ve seen, yet the pay-off is highly worth it as it’s the key to the rest of math. As the second half of this piece will argue, despite its seemingly-friendly “linear” title, LA is extremely underappreciated as a foundational tool for all types of engineering.

We Approximate, LA Provides A Linear Template For That

As any STEM undergrad can confirm, modeling real-life physical phenomena is extremely hard as it’s an impossible quest to achieve perfect precision. Theoretically, a true model for a single force could go on forever as a series of polynomials. Thankfully, it’s significantly more practical to approximate by dissecting a force into smaller samples. Following this principle, the simplest approximation or for an applied function is always a linear system.

Whether it’s one or one hundred variables, all linear functions behave exactly the same under LA

It turns out that this “50 dimensions” non-sense was, in fact, pretty important & pretty not non-sense. At its core, LA is the study of linear behavior. This vastly undersells it’s universality since it “linear” doesn’t sound like it’s applicable to many things; however, when engineers deal with these forces IRL, they’re almost always dealt with in the form of linear systems. To give an idea, this is a snippet of just how pervasive these concepts are in STEM:

When measured, most real things don’t respond linearly, yet nonlinear responses can be decomposed into successive linear responses. Therefore, LA is a fundamental way of analyzing almost all physical behaviors. It doesn’t seem so since the course lasts a semester versus the long build-up multiple calculus's, but ultimately LA is at least equally important in the field.

The single-most important thing to remember about Linear Algebra is that it everything works out perfectly, regardless of dimensionality. Mathematically, Linear Algebra is deceptively simple enough to do by hand, but its structure is so rich that it supports a surprisingly powerful framework. Because of this, it’s crucial when breaking down some unknown, complex mathematical object that we just can’t even begin to imagine — LA brings us back from the abstract to the understood.

No BS Guide To Linear Algebra