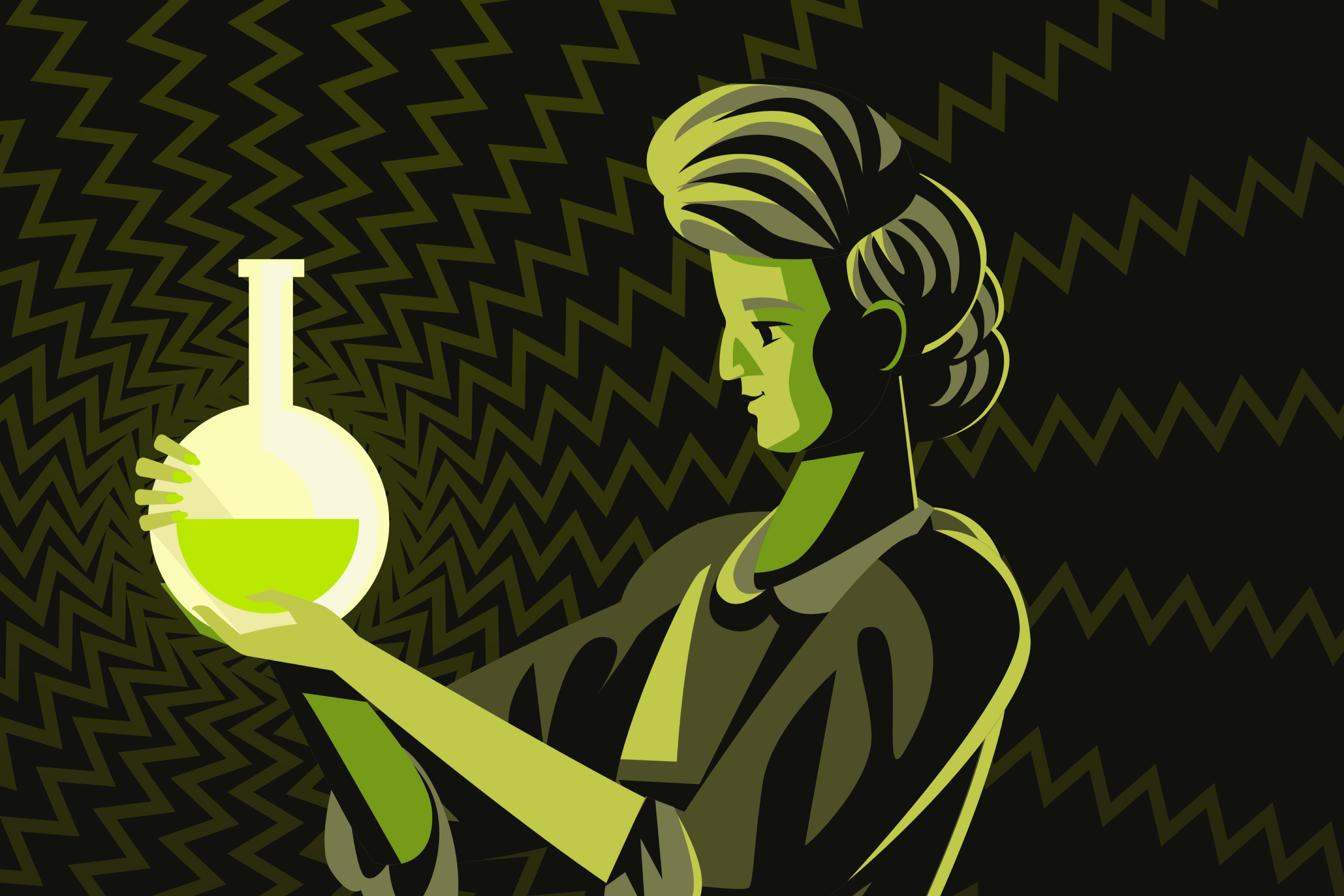 First Principle: Never Let One’s Self Be Beaten Down By Persons Or Events

When history judges a legacy it over-weighs the tail-end of ones journey, often overlooking key starting circumstances — our tiny sample of polymaths is no different. As we’ve seen, the majority are born into wealth & opportunity, with the wind beneath their sails; a tiny handful of others, however, face one or many lifelong uphill struggles.

Perhaps no one else in this series broke glass ceiling after glass ceiling, shattering the misconceptions of their times, like Madame Marie Curie. The eminent polymath scientist, she faced obstacle after obstacle, only to radiate through & rightly earn her legacy. Maintaining the same theme as previous entries in this series, we ask — what was she like in his twenties?

— First individual & only women ever to win a Nobel Prize in two distinct branches of science: physics & chemistry

— Known as the Mother of Radiation, credited with founding, establishing & discovering applications in the field of radiology

— Ground-breaking feminist that was the first-ever women to: attain a PhD & professorship at the University of Paris, & win not one but two Nobel prizes

Maria Skłodowska was born in Warsaw, Poland on November 7th, 1867. The fifth & youngest child, her parents were two very well known liberal activist educators (Bronisława & Władysław Skłodowski). Her mother, the former, operated a prestigious Warsaw boarding school for girls; her father, the latter, taught math & physics while holding the position of director for a boys school. As one can imagine, Curie was taught to value a life of self-education; this nurture influence is seen multiple times throughout her childhood, like when her father (Wladyslaw) brought home laboratory equipment for his children to play with.

Tragically, at the age of seven, her oldest sibling, Zofia, died of Typhus. Three years later, in 1878, Marie’s mother passed as well; this same year, when she was ten, Marie attended the boarding school of J.Sikorska. Unfortunately, while she was away, her father was fired from his position by his Russian supervisors (for pro-Polish sentiments). Now financially desolate, Wladyslaw offered boarding to travelers at their old home. Meanwhile, Marie graduated from the equivalent of high school in 1883. Not completely immune to her circumstances, Marie soon collapses from depression & spent the next two years in the countryside recovering with relatives of her father & then back in her old home. Throughout this period she began private tutoring (a role then known as a governess) whenever she found the opportunity.

As her childhood came to a close, it became crystal-clear that Marie would need to extensively engage in two uphill battles to attain higher-education: cultural & financial. Unable to enroll in a local regular institution because she was a woman, she & her sister Bronisława joined the underground, clandestine Flying University (sometimes translated as Floating University), a Polish patriotic institution of higher learning that admitted women students during the rule of the Russian Empire.

In 1887, the year she turned twenty, Marie Curie fought feverishly to attain further education. Well-versed in many subjects, she could no longer count on her father so she sought out financial independence through the position of governess (home tutoring). She continued varying governess positions through the following two years, tending to personal bouts of studying math, physics & chemistry; in addition to STEM subjects, she also worked on her French & Russian. Marie wrote (in her biography of Pierre) that she learned to appreciate the skill of working independently, as it would deeply help her out later in life when she worked in Paris:

Life is not easy for any of us. But what of that? We must have perseverance & above all confidence in ourselves . We must believe that we are gifted for something & that this thing, at whatever cost, must be attained.

In 1890, the year she turned twenty-three, Curie found herself back in Warsaw living with her father. Without a need to cover her rent, she doubled-down on her self-education. First, she again attended classes at the secretive, underground Flying University (a place of education refuge for peasants & women seeking education); in addition, she interned at the laboratory of the Museum of Agriculture & Industry in Warsaw Poland.

The next year, at twenty-four, she finally saved enough to travel to Paris to fulfill her dream of enrolling at the University of Paris. Per usual Curie fashion, she very much arrived in her own way: financially independent & romantically single (very rare for the current social milieu). In 1892, the following year, notes in her autobiography that her conditions were quite spartan. In it, she describes how it was so cold that water would freeze in her apartment at night and that she had to carry everything up six flights of stairs:

During a rigorous winter, it was not unusual for the water to freeze in the basin in the night; to be able to sleep I was obliged to pile all my clothes on the bedcovers. In the same room I prepared my meals… These meals were often reduced to bread with a cup of chocolate, eggs or fruit. I had no help in housekeeping & I myself carried the little coal I used up the six flights.

At twenty-six, in 1893, Marie Curie finally earned a degree in physics. Scoring at the top of her class, she began to curate a reputation as she was the first woman in the University’s records to earn a graduate degree in physics. Throughout this period, she maintained herself through private tutoring & soon through part-time employment at the industrial lab of Gabriel Lippman.

The following year, at twenty-seven, she meets her soulmate & future husband, Pierre Curie — it’s an immediate match in heaven as he was equally intense & immersed in his work. Additionally, she attains her second degree (there are contrasting sources on the subject but it’s believed that this degree is in mathematics). Upon graduating, she applies to a professorship in Poland & is promptly rejected, which convinces her to stay in Paris & move in with Pierre.

At twenty-eight, she returned to the University to earn her doctorate in physics (Pierre had recently earned his). By the end of 1895, they married simply & were already well-known in the Parisian community as an intellectual power couple — famously, they often biked through town together, engaging in deep scientific discussions:

At twenty-nine, in 1896, Curie published a dissertation on the magnetic properties of steel; additionally, this same year, Pierre’s father moved in with the recently betrothed couple. The following, final year in this mini-bio, Curie gave birth to her daughter Irene Curie. Quickly finding herself with a full household, she started teaching at École Normale Supérieure, which is a university that trains teachers. Of importance, since it’d lead to their groundbreaking discovery & Nobel Prize, this is the year that the Curies began to look into uranium rays just discovered by Henri Becquerel.

Alas, like those in the series before her, Curie possessed a few intricacies, quirks & demons; inarguably, Curie ruffled a few feathers throughout her journey.

An obvious surface-level intricacy & quirk of Madam Curie is her ferocious sense of independency — this is exemplified many times just throughout his mini-series. From her insistence on joining the un-official, secretive Flying University to stubbornly moving out to France without financial footing, Curie was aptly described as individually “hard-headed.” However, given the context of her environment & her boundless success in the face of it — it’s hard to argue that it wasn’t justified, if not flat out Herculean. Yet, most strengths dialed up to 11 can quickly turn into negatives; no doubt unfairly, Curie’s sexual independence & liberation eventually invited controversy.

As the story goes, Curie’s greatest scandal stemmed from a salacious affair. As a prologue, however, it’s worth noting that tragically, her beloved Pierre died in 1906. Five years later, on the cusp of winning her second Noble prize, Marie is feeling particularly lonely as she’s reminded of her & Pierre’s first prize. Increasingly so, she eventually opens her arms & heart again to one of Pierre’s former University students: Paul Langevin. Langevin was (nearly) everything that Marie found in Pierre — brilliant, immersed, & celebrated.

Unfortunately, Paul was also married with kids. For what it’s worth, history notes that the Langevin’s marriage was exceedingly acrimonious, occasionally resulting in physical abuse (going both ways).

With time, however, the affair only flourished & Marie & Paul found themselves rendezvousing in secret apartments to keep it up. Perhaps not surprisingly, Madame Langevin wasn’t as clueless to their methods as she let on — collecting multiple notes of their correspondence as the affair blossomed.

As legend has it, Madame Langevin approached the enamored couple three days before Curie’s 2nd Noble acceptance-speech; during the confrontation, she declared to the press that her husband & Marie Curie were having an affair & demanded both money & custody of the children.

Socially, for Marie Curie, all hell broke loose as she was universally castigated by both social & academic circles. Curie was unfairly cast as the conniving tramp who had entrapped a married man; worse, xenophobic sentiments seeped in & she was accused of being a “dangerous foreigner — a Jew!” Tragically, even members of the Nobel Committee ruthlessly attacked Curie, as seen below by a quote from biochemist Olof Hammarsten:

We must do everything that we can to avoid a scandal and try, in my opinion, to prevent Madame Curie from coming. It would be quite disagreeable…and I don’t know who could have her at their table.

Cooler heads eventually prevailed & Curie was comforted & encouraged to continue her prolific career by none other than Albert Einstein.

Who was Marie Curie in her twenties? A motivated, brilliant, scientist with a deep reverence for self-education & a fierce desire for self-reliance.

Was she accomplished in her twenties? A lukewarm yes. Curie had yet to create any groundbreaking, original work; this, however, doesn’t take away from her early ceiling-shattering (particularly at the University of Paris) due to her impressive perseverance in the face of financial & cultural pressures.

At the close of her twenties, Curie’s journey was very much at an inflection point as it would only be a matter of months until the Curries came across their eminent discovery. Undoubtedly, though perhaps subconsciously, Curie spent her formative years creating & sharpening foundational lifelong habits. Among those, perhaps none were more important than her fastidious perseverance, her ferocious sense of individuality, her passion for self-education & her commitment to a unwavering work ethic.