How To Count Cards

An Homage & Walk-Through Of The Infamous Hi-Lo System 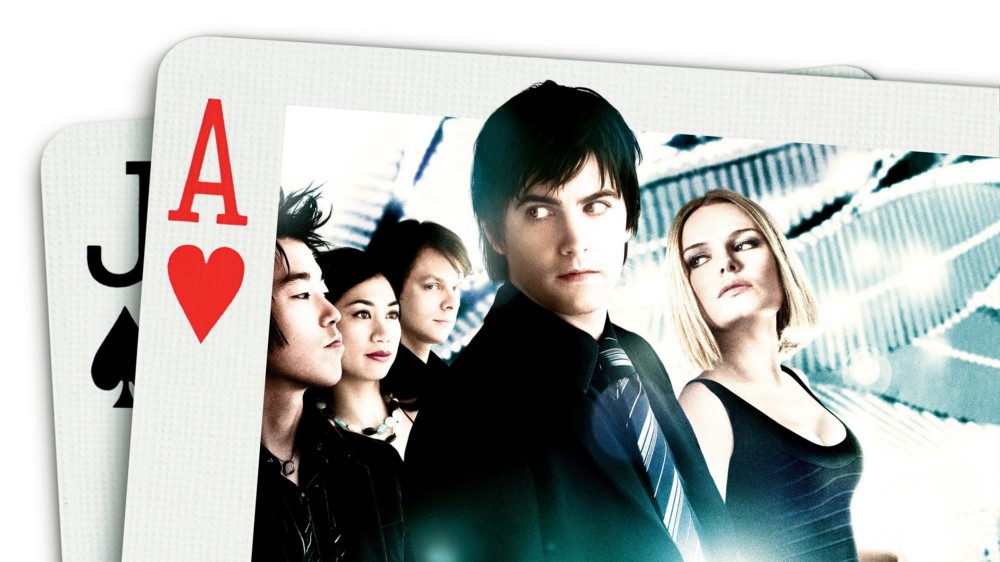 A common cultural trope, as portrayed in Hollywood, for a financially-desperate mathematician, is to turn to some grey-shade, barely legal activity that leverages their deep understanding of numbers. Most of the time this entails some type of seemingly-impossible programming job aided by a noire tale of hackers & cyberpunk settings. Other times though, we see our heroes exchange their pocket protectors for a decent button-down & slacks as they head down to the bustling casino. A sea of dirty bright lights with the perpetual lingering smell of stale smoke, the casino is a place where numbers rule & the house always wins — it’s the perfect cover for a seriously talented mathematician to, well, flip the house odds & force his or her luck. The most common vector of attack in casinos, as made famous by both mainstream hits Rain Man (1988) & 21 (2008), comes from one of the most-recognized games: Blackjack.

How Is It Played?

Blackjack is a game played against the dealer, not other players. To start, the dealer deals two cards to both the player & themselves; all cards except for one of the dealer’s cards are face up (revealed). Each card is worth the number value attached to it — 2 is worth 2, 3 is worth 3, 4 is worth 4, etc. Face cards (J,Q,K) are worth 10, & Aces are worth either 1 or 11 (dealers announce whether Aces are high (11) or low (1)). After the first two cards, each player has the option to ask for another card (to “hit”) or not (to “stand”). The objective of Blackjack is for the sum of the player’s cards to be as close to 21 as possible without going over 21. The player loses if either the cards add up to more than 21 (“busting”), or if the sum of the dealer’s cards is closer to 21.

But What About The House Edge?

It’s not obvious, but the house-edge creeps in from two asymmetries. First, the dealer’s hidden (aka “hole”) card — knowing this would complete the player’s informational map (though the obvious argument here is that dealer also doesn’t know this card). The second asymmetry, however, is where the edge really creeps-in: forcing the player to make the first move (hit or stand). By hiding one card & forcing the player to decide with incomplete information, the player is susceptible to unnecessarily busting.

However, There’s An Additional Principle To BlackJack That Quick Mathematicians Can Leverage To Increase Their Odds…

Blackjack games have a memory — they’re played with a finite set of cards (one or many decks). By knowing which cards were already dealt, it’s possible to calculate which cards are to come.

Decks in Blackjack do not completely reset after each round, which means it possible to gain knowledge of the cards in the shoe that remain. Additionally, the actions of the dealer are fixed & known — they’ll mechanically always hit anything below 17. With these two facts, we can build a strategy with a value system that designates cards to come as either “bad” or “good.”

Since a dealer will automatically hit below 17, regardless of the cards to come, we’d like them to receive high cards (10 & face cards) in order to increase the probability of them busting. Given our original standing at the beginning of the game (the value of the first two cards), if we know whether the next card is likely low or high, the decision to hit or stand is more straightforward.

In summary, there are certain “good cards” (high cards, such as aces & face cards) & certain “bad” cards that you don’t want dealt (low cards, such as 6's). This is how a strategy is constructed using conditional probability. You want to bet higher if more bad cards have been removed (because more good cards remain), & bet lower if more good cards have been played already (because more bad cards remain). This is the basis of how card counting works.

Crash Course To The Hi-Lo System

Card counting is a strategy constructed on simple addition/subtraction & conditional probability to determine what kind of card (high or low — thus the name) is likely to be dealt next. In the Hi-Lo card-counting system, each card has one of the three following points: -1,0, & 1. As seen in the diagram below, cards 2–6 are worth +1, cards 7–9 are worth 0, and 10s, face cards, & Aces are worth -1:

The objective is to “keep the count” by adding up all of the cards that have been dealt using the point system detailed above. So, for example, if a 10, 7, 3, & Q have been dealt, the point value (or “the count”) would be (-1)+(0)+(+1)+(-1) = -1 (bet minimum). The mathematical theory is based on the sum of the cards that have passed, which clues us in on the cards that are left in the deck. In general, the higher the “count,” the better for the player who should bet heavily; the lower the “count,” the better for the dealer, so the player should bet lightly or not at all.

The Hi-Lo system works because it’s constructed on pure probability. The system itself is essentially a clever shortcut that circumvents the more-complex mental tasks involved with calculating percentages. For a comparative example, let’s consider that if instead of the system above, we started with the more basic question: after the initial round of dealing in a single-handed game, what’s the probability of the next card being a high-value card?

The math, while elementary, is significantly more tasking yet provides arguably less information within the context of Blackjack. Can you I=imagine keeping track with basic probability in a six-handed game? Impossible. A brilliant use of dimension-reducibility, the Hi-Lo system consists of tracking a single “count” that’s shifted by simply adding -1,0, & 1 — magnitudes simpler.

That’s It? That’s All It Takes To Count Cards?!?

Believe it or not, that is indeed all the math required in the Hollywood-famed Hi-Lo card counting system. It’s deceptively basic, however, most people are overlooking two additional points of complexity that rear their head in the theory-to-implementation translation:

Unsurprisingly, casinos like to guarantee a mathematical house edge. Traditionally, Blackjack games were played with one or two decks maximum at a time. After a few decades of losing increasingly more money to card-counters, casinos deployed a defense mechanism by playing through six, seven or eight decks at a time. This drastically increases the variance of the Hi-Lo system, which decreases its efficiency in the short-run. Additionally, it requires sitting through an entire play-through takes substantially longer, which, in turn, increases the likelihood of getting caught.

Next, the mental dexterity required in-field grows increasingly complicated when one considers that most games are multi-handed; keeping track when it’s single-handed (you & the dealer) doesn’t seem too complicated, especially considering you control the flow of the game. Played with two, three or five people at a time? All of a sudden it doesn’t matter how simple the math is — speed & precision is the name of the game. Everyone can add by one or subtract by one, but doing so in real-time with a professional dealer playing six hands is extremely mentally tasking. Surprisingly, this is where our able mathematicians derive their advantage; not from advanced calculus or some exotic Monte-Carlo formula, but rather in their rapid mental calculations. Card counting does not require complex math. It involves simple addition & subtraction; however, it does take someone who has a near-eidetic memory, the ability to maintain focus under enormous pressure, & is extremely fast at mental calculations.