3 Counters To The All-Too Common Justified Erosion Of Privacy 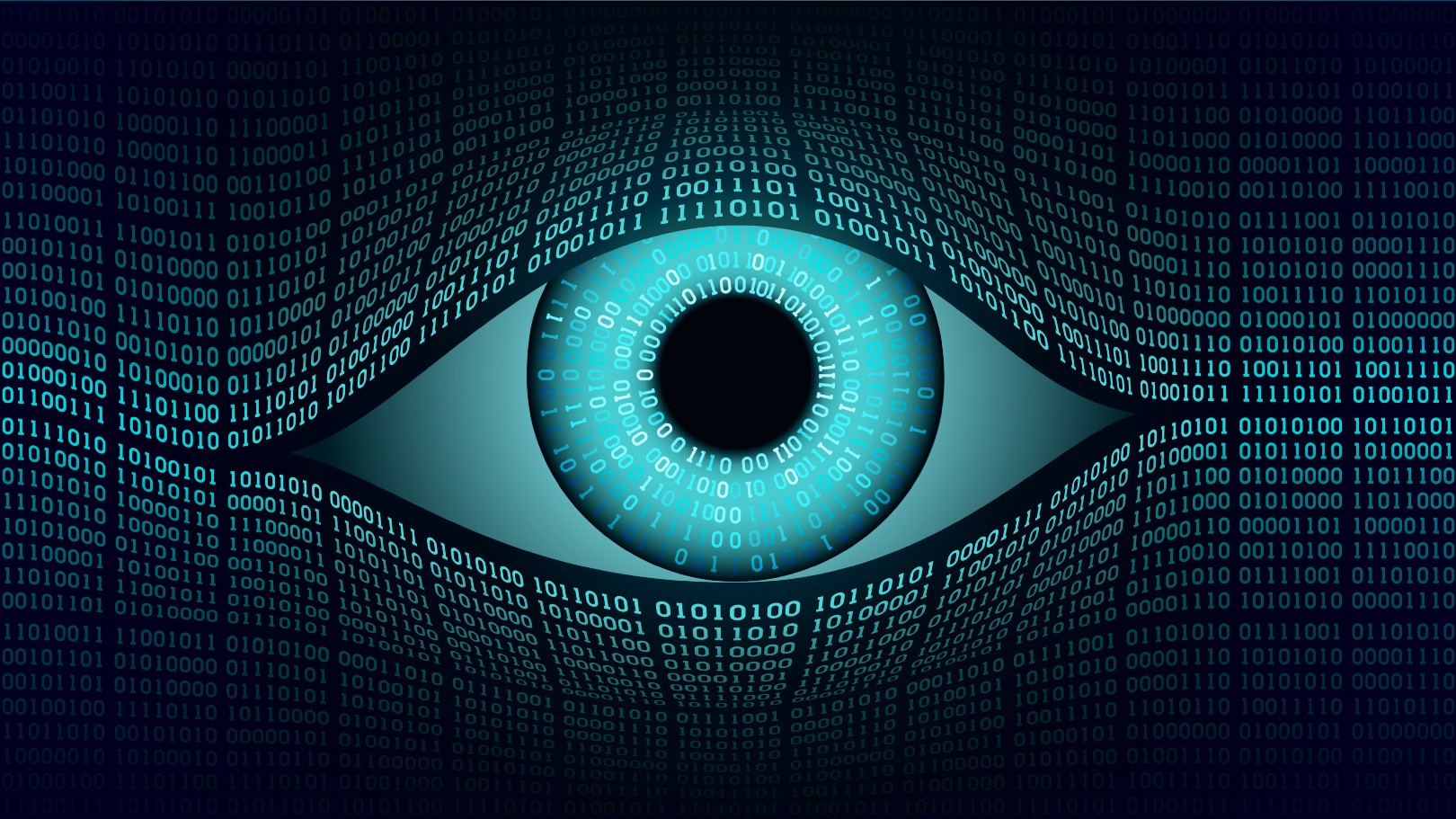 The Revolution Will Not Be Televised.

Not because technology is moving too quickly, but rather because political policy purposely trails too slowly.

The Drip-Drip Pace Of Cultural Change

Contrary to pop culture & popular belief, massive cultural change rarely happens overnight as if triggered by a single event. It happens not in a rapid cascade of executive orders, but rather in the drip-drip pace of a leaking faucet; each drop slowly eroding held beliefs, yet measurably never engulfing an entire society in turbulent waters all at once. Destabilization, a result of too many changes implemented in too short a period of time, leads to riot & chaos. This creates governmental strife, which, in modern times, governments no longer tolerate.

So How Do You Get People To Accept Massive Change?

By introducing it slowly. Not over the course of an administration, but over the course of six or seven generations. The piece-wise structure & longevity of implementing social change on such a long timeline drastically reduces the possibility of any large, singular rebellion, any single point of failure.

Far from suggesting any grand government agenda, I’m more so highlighting the point that, counter-intuitively, drastic social & cultural changes aren’t immediately obvious: they’re usually only noticeable when one zooms out.

What Are A Few Examples Of This?

This snail-pace of true change is at times a massive benefit & at other times a psychological plague. By minimizing urgency, & therefore minimizing resistance, it’s significantly harder to rally against dangerous change.

The one particular area of large societal change that concerns me, the very topic of this piece, is our quickly disappearing right to privacy. The slow, hard-to-identify change perceived by those cast-off as alarmists is happening now; in fact, not only is the battle for drawing the line on privacy roaring now, but it’s being waged on at least two fronts (companies & governments).

Like a gradual increase in carbon monoxide concentration goes undetected until one passes out from it, the tightening grips on our privacy won’t alarm the average Joe until it’s them under the proverbial scope. I hold no delusion that this lack of urgency is likely to change in the near future. Since The Patriot Act, a continuous slew of legislation aimed at curbing our digital privacy has been met with little resistance — not enough are aware & even fewer care.

But the least we can do is address the most commonly-used excuse when holding a conversation on the encroachment of privacy. With a delightful few governments rationalizing surveillance verbatim, & with a few others at least attempting originality while pushing through dubious legislation, it’s perhaps worth arming ourselves with counters to the great justifier:

I. The Right To Privacy Doesn’t Require A Justification

Referred to by famed data security expert & cryptographer Bruce Schneier as the “most common retort against privacy,” the “nothing to hide, nothing to fear” (NTHNTF) argument should fall on it’s face. The best way to combat this line of thought isn’t to engage with it, but rather to disregard it entirely based on it’s flawed premise. Two broken lines of reasoning contribute to a shaky foundation:

First, is the indisputable acknowledgement that the right to self is a universal, inalienable right — you “own” you. The right to privacy is simply an extension of this right within the context of a society, which in no way makes it any less of a guaranteed right. It literally can’t be challenged. You decide when you want to share you & when you don’t; this is, & should be, completely separate from the legal nature of any action. If anyone questions this, asks them if he/she is comfortable with cameras in their bathroom.

Second, less principle-based & more of a “gotcha” observation, is the fact that the NTHNTF argument, by default, challenges a hard-to-ignore point: the very nature of hiding places. People shouldn’t need to have “something to hide” in order to be able to hide “something.” Forget the relevancy of what is hidden, the observation here is that the intimacy & sacredness of a private place must exist. Unless one believes that the only application of privacy we’re owed is the sanctity of our thoughts, then the existence of a hiding place is an incontrovertible right within a community.

Countering requires accepting to some degree. Instead of fighting an uphill battle, it’s likely easier to choose the ground by flat-out rejecting the underlying premises of the NTHNTF argument.

II. We Don’t Know When We Have Something To Hide

The first true counter, this argument splashes cold water on the accuracy & upkeep of our modern legal field. Built on the same logic as to why it’s never a good idea to talk to the police, the legal field is flat-out too volatile, incomplete, & vast for a real-time, legally-backed surveillance system.

For example, did you know that exact size of the body of federal criminal law at any given moment is at best an estimate? Indeed, it has been reported that the Congressional Research Service cannot count the current number of federal crimes — laws are scattered in over 50 titles of the United States Code, encompassing roughly 27,000 pages, always evolving. Additionally, incredibly, an entire other layer of abstraction exists as many of the statutory code sections often refer to provisions & sanctions promulgated by regulatory agencies; estimates of how many such regulations are operational is, of course, an unknown as well.

If the federal government can’t even count how many laws there are, what chance does an individual have of truly knowing when they’re in violation?

The complexity of modern federal criminal law, codified in several thousand sections of the United States Code and the virtually infinite variety of factual circumstances that might trigger an investigation into a possible violation of the law, make it difficult for anyone to know, in advance, just when a particular set of statements might later appear (to a prosecutor) to be relevant to some such investigation.

You probably do have something to hide, you just don’t know it yet. The legal system is clearly flawed & incomplete, so is it logical to weaponize it through constant, real-time surveillance? The answer is an obvious no. Without a serious overhaul, it’s an impossible standard to hold each individual accountable to the full legal standard.

III. Constant Surveillance Is A Form of Control

The problem with pitting liberty vs. security is that it oversimplifies the net benefit of security with a positive connotation, while it hides away multiple negatives baked within. One of these hidden asymmetries worth excavating & yielding as a counter is the short-term & long-term effects of control.

Scientifically, at the particle-level, thanks to the Double-Slit experiment, it’s been proven that the observation of an agent or event changes its very nature (Observer Effect). Anecdotally, it’s easier to understand this phenomena by analyzing our own behavior: how do we behave when we’re alone vs. when we know we’re being observed? The principle is similar — on an individual, micro-level, observation changes behavior. In a very real way, observation is a form of control.

If the underlying risks are largely unknown, then the proposed idea is certainly untenable. At the very least, anyone who overlooks, or worse, flat-out ignores these known unknowns is acting in bad faith. Psychologically speaking, a large part of our individuality stems through the discovery that we can hide part of ourselves to others. And, as we become more aware of the CCTVs (or local-police-backed Ring), the search & identify algorithms (ah, good-ole Palantir), & net-dragging (Hi JEDI & Mainway!) databases recording everything, we’ll become increasingly wary of what we say & do, not just online but everywhere: observation will change us. As a result, societies will become very conformist, with fewer & fewer people willing to challenge the status quo & fight the disappearance of universal rights.

The pickle with slow change, particularly one involving unseen change, is the lack of urgency. Digital surveillance feels unobtrusive because you can’t see it in the same way you could if government agents were actively poking around your house, but, maybe that’s the thought experiment that’ll wake people up. Every time you see a camera or microphone, regardless if it’s CCTV or consumer hardware (iPhone, Alexa, etc…), replace it with a mental image of your FBI guy. Standing there, still, but always watching, always aware:

Knowledge is power. Most people, when they first hear the NTHNTF argument feel uncomfortable about its content yet they rarely actively, logically, counter it. This is what I hope we can inch towards: a rhetorical sword that allows us to pierce through the veil too frequently used to erode our privacy. The intention of these actors, benign or malicious, is irrelevant — puppets or politicians, the trend, & likely end-goal is the same. So next time someone nonchalantly shrugs off the latest privacy scandal with “well I got nothing to hide,” don’t let it slide, confront & destroy that conformist ideology, for the sake of us all.