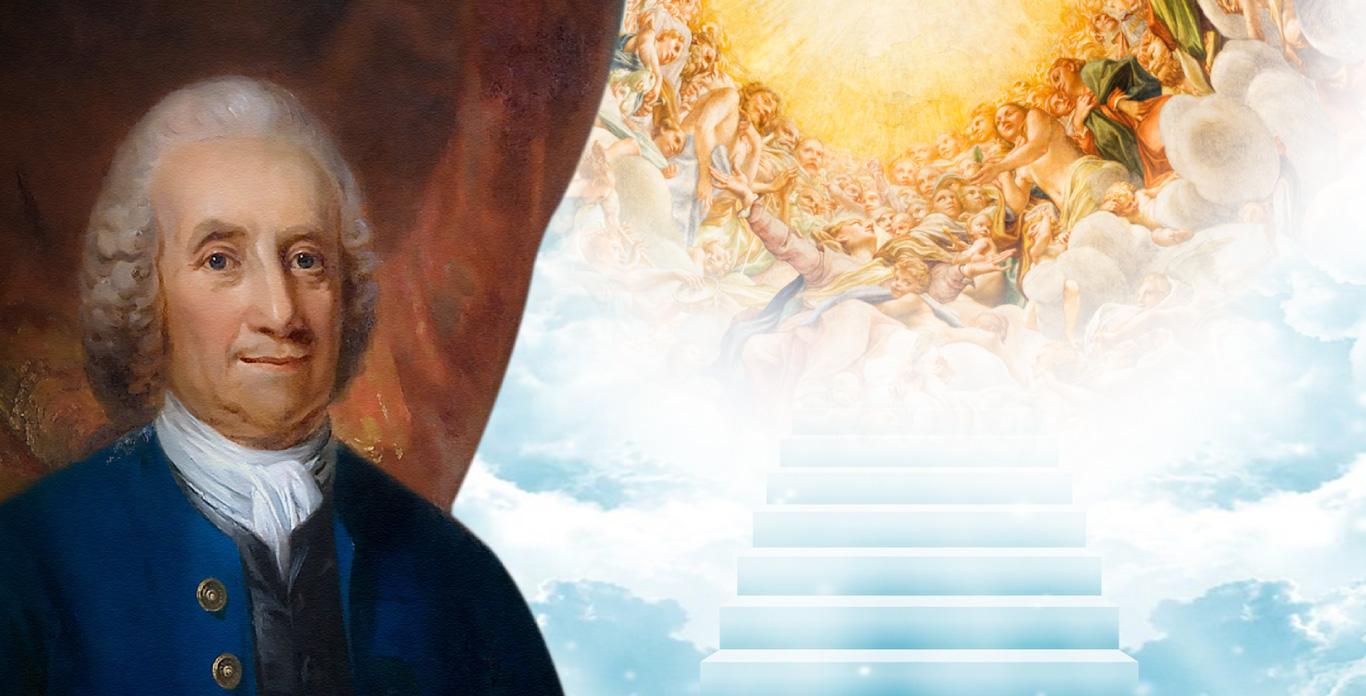 God Is The Absolute Reality Underlying Everything

Up to now, this series has been marked by a pool of Masters of Many that rarely explored or embraced their spiritual side. Emanuel Swedenborg, the fourteenth entrant, breaks this mold by publicly devoting his life’s work to both the assumed-opposites of science & religion.

From diverse scientist to mechanical inventor to religious philosopher, Emanuel Swedenborg is tragically overlooked as one of the greatest thinkers of the previous century. Maintaining the same focus as previous submissions, we ask again — what was he like in his twenties?

It’s incontrovertible that our childhood environment has lasting impacts on our psyche & persona — Swedenborg is no exception to this rule. His father, Jesper, a professor of theology at the University of Uppsala, was perfectly placed to mesmerize an impressionable Emanuel on the riches of both science & religion; challenged consistently by Aristotelians, Jesper frequently brought home spirited these debates for Emanuel to absorb. At the age of eleven, Swedenborg entered the University of Uppsala (which included Primary & Secondary school).

In 1709, at twenty-one, Swedenborg attained his PhD in science, by defending a Latin dissertation covering selected works of Seneca (worth noting that this literature analysis counted towards a doctorate in physical sciences). Instead of immediately seeking employment, he decides to travel through the great cities of Europe, embarking on a Grand Tour to seek out leading academics in all sciences.

The next summer, at age twenty-two, he finally sailed for England. Between multiple near-fatal boating mishaps & a short jail stint for technically-illegal entry, to say the trip started tumultuously is putting it lightly (appropriately enough, London was on lockdown for the plague). Once in, however, he was warmly embraced into the buzzing Newtonian metropolis. A magnet for adventurous minds, he lodged with multiple craftsmen, living cheaply & absorbing from fields ranging from watchmaking to brass-instrument making. He eventually crossed paths with the eminent John Flamsteed, the first Royal Astronomer famous for cataloguing over 3,000 stars, & had the pleasure of being his assistant for a handful of months.

At First I Was A Watchmaker, Afterwards A Cabinetmaker, & Now I Am A Mathematical Instrument Maker — From Them I Steal Their Trades, Which Some Day Will Be Of Use To Me

Following his social-academic nomad compass, & a second allowance of money from home, twenty-three year-old Swedenborg settled in Oxford. Here, he crossed paths with a second influential astronomer — the great Sir Edmund Halley. Ahead of himself with his short-lived astronomy experience, Swedenborg claimed to have originated a method for finding the longitude at sea & attempted to present to the Royal Academy. Rejected, he temporarily withdrew from the scientific world to express his discouragement through a compilation of poems later released.

Mid-way through 1712 , at twenty-four, Swedenborg begins to feel financial pressure; indignant because his father left him without money, he remarks:

It Is Difficult To Live Like The Maid In Schone, Without Either Food Or Drink

To decrease his expenses & dive back into his scientific nature, he headed out to Utrecht, Netherlands. Here, he spends most of his time with Sven Palmqvist, the Sweden Ambassador at the Hague with a penchant for mathematics.

Midway through 1713, twenty-five year-old Swedenborg arrives in Paris; exhausted from non-stop studying & apprenticing, he falls seriously ill for six weeks. Upon recovering, he again vows to make an acquaintance of the most learned men in the area — quite successfully, he befriends De la Hire, Varignon, Bignon & a young Voltaire.

Next, in 1714, he headed to Rostock Germany. Turning his focus internally, his work proliferated. For one, he thought-through & sketched out fourteen mechanical inventions, among these a submarine & a flying machine:

In addition, he published another series of poems, entitled, “The Northern Muse Sporting With The Deeds Of Heroes & Heroines.”

The year he turned twenty-seven, 1715, he finally returned home to Sweden. True to his lifelong pattern, he immediately sought out & successfully came in contact with Christopher Polhem, the most famous Swedish inventor of that time; shortly afterward, Polhem made Swedenborg his assistant. Next, within a few months of networking within the top scientific circles, he came to the notice of none other than King Charles XII of Sweden; impressed by his knowledge & mechanical skills, King Charless XII appointed Swedenborg as Assessor-Extraordinary to the Swedish Board of Mines (Bergskollegium).

In a frenzy of productivity, he spent his twenty-ninth year balancing three monumental projects (including Hyperboreus). It’s unclear if the motivation was curiosity or state orders, but Emanuel spent a lot of his time & energy engineering a machine for transporting Swedish battleships overland (from Strömstad to Idefjorden). Additionally, a derivative of his appointed occupation, he published a study of blast furnace construction and methods for iron smelting: “Beskrivning över svenska masugnar och deras blåsningar” (“Description of Swedish Blast Furnaces and Their Methods of Blasting Air”).

The following & final year in this mini-bio, thirty year-old Swedenborg continued his flurry of productivity. Previewing the full pivot into spirituality & religion, he published an article that attempted to explain spiritual & mental events in terms of minute vibrations, or “tremulations.”

Time & time we’ve seen again — people with enormous strengths tend to balance this out with tragic weaknesses. Every bright light casts a large shadow; so, the question follows — what shadows followed Emanuel Swedenborg?

When it comes to negative characteristics, it’s must be noted that Swedenborg was financially-privileged & clearly spoiled. This is evident by his ill-feelings towards his father during this Grand Tour, when he capriciously complained about “living like a maid.”

When it comes to rumors & controversies, well, they were second-to-none in this series (perhaps except Sir Francis Bacon). A disclaimer here: I claim zero experience as a psychologist & I certainly don’t want to cast an opinion on religious views; therefore, I’ll refrain from interpreting his actions & simply convey historic opinions. For starters, it’s safe to say that the transition in his mid-50’s was far from smooth; he undoubtedly withstood heavy criticism from both communities (scientific & religious).

On the one hand, the Vatican & Church repeatedly blasted him for any teaching that deviated from their interpretation. Quite committed to his causes & faith, this hardly bothered Swedenborg who flat out rejects nearly one-half of the New Testament.

Similarly, the scientific community that he so diligently networked turned it’s back on him (one of the reasons for his lack of popularity relative to others in this series). For example, one of his theological publications argued for the piety behind using concubines; clearly (& rightfully so) a controversial topic for a revered scientific authority.

Who Was Emanuel Swedenborg In His 20s? A highly-ambitious, curious, scientific student of life that networked & absorbed from the greatest minds he could find.

Was He Accomplished In His 20s? Yes —evident by his PhD, publications/sketches, founding of Daedalus Hyperboreus & personal appointment by King Charles XII, it’s hard to argue otherwise. It’s worth noting, however, that he had yet to produce his best, deeply original work.

A perfect product of his environment, Emanuel Swedenborg was the right polymath at the right time; a reflection of his time period, he grew up during era when religion’s dominance in the world of thought was quickly being challenged by science( Age of Enlightenment). Willing to peak over the edge of both cliffs, he nonetheless sustained a lifelong, immoderate appetite for useful knowledge; this love of utility outlines the golden thread which runs through all of his work, scientific or theological.

Swedenborg: An Intro To His Life & Ideas