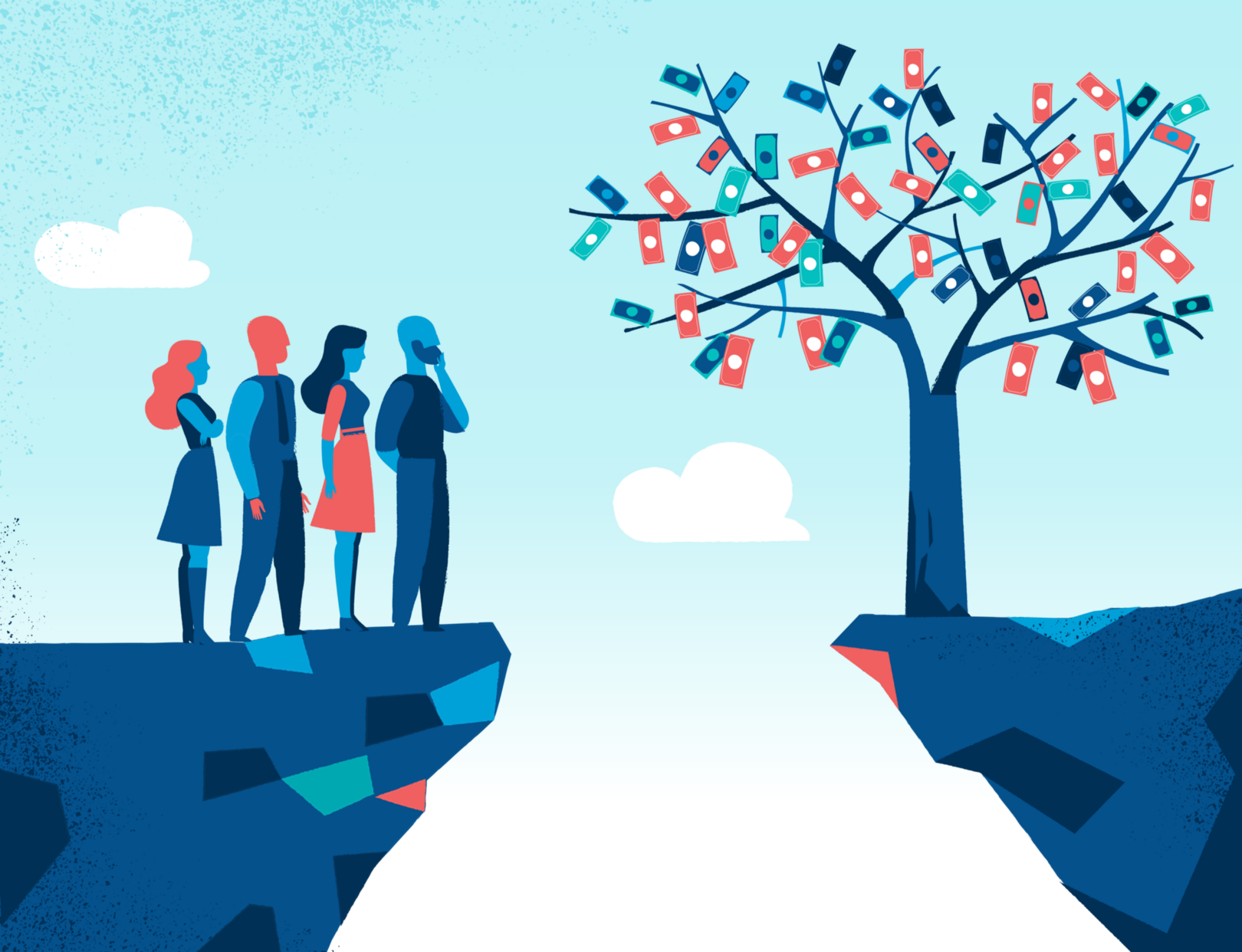 Studying the history of the world’s most remarkable & accomplished humans never ceases to uncover a healthy lesson or two. And while we usually chronologically cover one protagonist at a time, today, we’re instead comparing & contrasting the twelve polymaths we’ve reviewed across a single vector: that of financial wealth. The topic du jour is polymaths & wealth. Where they born into it? Did they attain it? Did they grow it or spend it?

Da Vinci, Franklin, Bacon, Russell, Tesla, Newton — all extraordinary in numerous ways, so the default hypothesis is that they attained a relatively high level of wealth no? We’re often told that IQ & financial wealth are strongly correlated, as you’ll see below, this is not quite the case (at least within this admittedly tiny sample pool).

They Were All Born Into Money

Starting with a sobering statement, it’s only right to remain objective & reveal that all (not some, all), of our protagonists were born into at least the middle-class. There is, of course, nothing wrong with being born into wealth & using it rightfully (as everyone here certainly did); however, it’s worth addressing the narrative that anyone can achieve this level of success without financial safety.

While this is slightly disheartening, it’s certainly logical. They were all lifelong autodidacts, which is only possible with exposure to education at the earliest of ages. This, in turn, required top-notch schooling or at the very least a top-notch home library — which are both only possible with financial resources.

A Handful Were Surprisingly Poor

Despite a financial head start & a life of prolific productivity, however, a handful of them were surprisingly desolate. A few immediately stick out, such as Tesla, Da Vinci, & Sir Bacon — all who were dead-broke at multiple points in their life.

Da Vinci, for one, notoriously left many client projects unfinished, leaving him penniless multiple times. Fortunately, the aristocratic class in Italy were such patrons of the arts that they supported him with room & board; as Kanye said on live air:

Now Who’s Going To Be The Medici Family?

The very little wealth he ever did create, he spent it on wine & fashion without care — Da Vinci was simply terrible at managing his financial affairs.

Tesla, on the other hand, longed for periods of deep work & pure focus on research, which, unfortunately, led to him trusting in the wrong partners more than once. Da Vinci simply didn’t deliver, Tesla delivered, but was often cheated. The most famous & controversial example is with Thomas Edison, in which Tesla was offered US$50,000 (~ US$1.1 million in 2007) if he redesigned Edison’s inefficient motor. Several months after the proposal, Tesla announced that his work was completed. When Tesla asked to be paid, however, Edison seemed astonished. He explained that the offer of $50,000 had been made in jest:

Disgusted, Tesla resigned. And the very next company he founded, his co-founders took his patents & shuttered it — leaving Tesla to the debtors. Within a few short weeks, he found himself digging ditches for $2/hr. He eventually recovered financially, but only briefly, ultimately dying penniless & in debt to many.

Sir Francis Bacon, on the other hand, continuously found himself broke despite a life of high-paying jobs. To make matters worse, not only was he terrible at managing his finances, but he also continuously greased the political wheels to get his. Reasonably, Bacon was accused & found guilty of twenty-three charges of bribery. His personal finances never recovered.

Less surprising than the preceding group, the majority in this pool set attained a decent, comfortable, yet far from extravagant lifestyle. This group, consisting of Bose, Newton, Feynman, Somerville, & Young, all figured out how to produce & live without want. From book royalties (Bose/Newton/Somerville), to an academically-subsidized lifestyle (Feynman) to a physician’s salary (Young), this group landed in the middle/upper middle class level of wealth & were perfectly content doing so.

Only A Select Few Attained Wealth

Lastly, a few select individuals did indeed cross a wealth threshold that fits the hypothesis that wealth correlates with a high IQ & a life prolific productivity: Cousteau, Russell, Franklin & Jefferson.

Both inventors with business acumen, Cousteau & Franklin successfully commercialized their work. Franklin likely achieved the highest level of financial wealth among this group of peers. Not only did he collect royalties from one-off inventions & court social/political favors, but most importantly, Franklin founded & scaled his very own publishing company. Likely the very first fully vertically-integrated publication company in America, Franklin was quite successful as an entrepreneur. By his early forties, he essentially retired from his many income streams — which is when he turned his attention to more scientific, less-commercial, endeavors. Coueateau, on the other hand, had one major invention that courted wealth that lasted multiple generations: the aqua-lung (scuba diving gear).

Russell didn’t start a publication company, but rather he was a publication powerhouse. With an upper class head-start & a voluminous amount of globally-successfully books, he built himself a plump stream of royalties.

Lastly, Jefferson started well & managed his financial affairs accordingly — he was likely the most knowledgeable on personal finances & exercised precise caution. As a result, he never wavered below an upper-class living, especially as his political career soared (1st SoS, 2nd VP & 3rd POTUS). Unfortunately, it must be noted that Jefferson leaned quite immorally on slaves for his wealth; to the point that he calculated a formula that derived their annual return, advising friends & families with discretionary income that they:

Reasonably so, Jefferson’s wealth isn’t as correlated with his professional achievements relative to his peers.

Realistically They Were All Immensely Wealth

If overall wealth is the alignment of one’s curiosity with one’s sustainability, then, by all means, were they extremely wealthy. None of them viewed what they did as an occupation, or as a job, but as an organic extension of themselves — they just lived each day. And that’s undeniable wealth. Very few of us, even momentarily, identify their calling, & even fewer seize the opportunity to singularly-focus on that purpose.