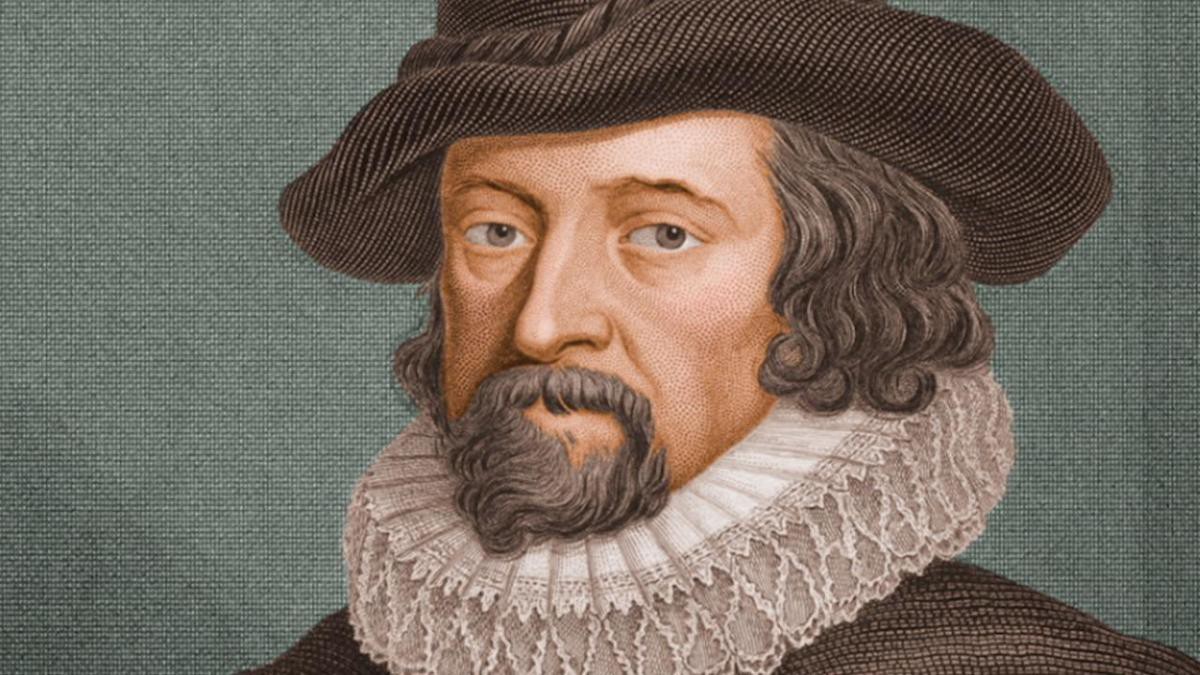 A rare few people ever write with such elegance, purpose, & brilliance as to gain a conspiracy that suggests him/her as the true identity of William Shakespeare. It’s but guaranteed hearsay, yet this long-standing rumor speaks volumes for the man, one Sir Francis Bacon.

An absurdly prolific writer, Sir Francis Bacon is incontrovertibly a first-rate contender for any series on polymaths. Different from most in this series, his superpower lay not in the realm of math & science (with one glaring exception), but rather in the power of the written word. His many writings on a wide range of subjects occasionally revolutionized the general outlook of these subjects — a feat very few other authors in history can claim.

Staying in the same lane as previous entries, we once again narrow the historical context to a single decade of his formative years, asking the question — what was he like in his twenties?

Similar to Bertrand Russell, Francis Bacon was the son of a well-off, yet not-quite aristocratic family; equally similarly, Bacon braced himself for rather harsh realities early on. In contrast to most other masters of many, young Bacon certainly came across as educated & ambitious, but he was never identified as a clear intellectual prodigy in his earlier years.

Still, his acumen & dedication led to him, at fifteen, entering one of the four legal Inns of Court (a requisite for any legal occupation). Here, he spent his time shadowing Sir Amias Paulet, the English ambassador at Paris; this led to Bacon traveling extensively throughout Western Europe from 1576–1579.

Late in 1579, however, at eighteen, Bacon faced a serious personal crisis that required his imminent return home: his father died very unexpectedly. Despite his father’s relatively-modest wealth, his immediate death led to an unfinished & therefore unexecuted will. Within a matter of months, Bacon found himself in debt & turned to his first paid, legal profession — taking up his residence in law at Gray’s Inn. Foreshadowing a deep sense of reflection, a powerful ambition & a dynamic future, at nineteen, Bacon famously claimed that he had three goals in life:

By his calculations, the best alignment of all three goals were met by seeking out a highly-coveted, prestigious, legal & political office.

Similar to others in this series, once settled into a hierarchy, Bacon rapidly rose in ranks. In 1581, the year he turned twenty, Bacon attained his first political office: elected a MP (Member of Parliament) in Bossiney, Cornwall.

At twenty-one, Bacon officially became a barrister. This same year he also kicked off his writing career; reflecting on the importance of lifelong learning & similar philosophical tracts, he put forth one, Temporis Partus Maximus.

A short two years later, in 1584, twenty-three, Bacon again propelled forward his legal & literature career. First, he attained a second parliamentary (PM) seat, this time for Melcombe Regis in Dorset. Second, perhaps quite boldly & rather prematurely, he directly addressed the modern monarchy when he wrote his first political memorandum, A Letter of Advice to Queen Elizabeth. Bacon aimed at a revision of natural philosophy while trying to secure high political office — not exactly directly aligned goals. Bacon’s ideas concerning a reform of the sciences did not meet with much sympathy from Queen Elizabeth.

At twenty-five, in 1586, Bacon was elected a bencher, or Master of the Bench, which is essentially a senior member of an Inn (in this case Gray’s Inn). Additionally, he took his third parliamentary seat — this time for Taunton in Somerset.

The following year, at twenty-six Bacon was elected as a Reader at Gray’s Inn; which is an annually-rotated professorship dedicated to delivering a lecture or series of lectures on a particular legal topic.

In 1589, Bacon once again pushed forward on two fronts, this time advancing his legal career & his reputation as a litterateur. First, aided by his powerful uncle Lord Burghley, he attained the position of Clerkship of the Star Chamber — a highly-sought-after & prestigious legal & political position for a twenty-eight year old. Second, he published An Advertisement Touching the Controversies of the Church of England, which again aligned his core interests of politics, faith, & philosophy.

Rapidly ascending the political & social ladder, at the age of thirty, Bacon was the confidential adviser of a very powerful man: Robert Devereux, the 2nd Earl of Essex (a favorite of Queen Elizabeth).

One of Bacon’s preeminent & consistent characteristics is best summarized by a well-known life motto of his:

Roughly translating to the “one lives best by the hidden life,” it follows that due to his clandestine preferences, quite a few rumors & controversies surround Sir Francis Bacon. Below are just three of the most-commonly acknowledged whispers:

The Bacon Theory of Shakespearean history suggests that Sir Francis Bacon is the true identity of playwright William Shakespeare. Proposed in the 19th-century, this was the first of many theories revolving around the identification of Shakespeare. An increasingly-important statesman, the theory holds that Bacon shunned possible unwanted attention as a lowly play-wright, therefore turning to a pen-name. Proponents of this theory usually point to the similarities in the philosophies of Bacon as seen through his correspondence & the ideas put forward in Shakespeare’s plays; some point to possible codes & ciphers throughout many plays. Again though, it’s worth stating that the vast majority of Shakespeare scholars reject this theory.

Second, is the pervasive theory that Bacon belonged to at least one secret society. Whether it was the Rosicrucians, Freemasons, or Theosophy, Bacon’s alleged connections to secret societies has been widely discussed by authors & scholars in many books. One particular event in late January of 1621 describes Bacon’s sixtieth birthday as a Masonic banquet; a soiree where both Rosicrucians & Masons attended.

Third, is the rumors of his closeted sexuality: history strongly suggests that Bacon was attracted to & held sexual relations with men. Quite a taboo subject in that particular period & exacerbated by his secretive nature, it reasonably follows that the lack of evidence is again pervasive. Fascinating speculation here revolves around the possible relationship between known-homosexual King James I & the Sir Francis Bacon.

Finally not a rumor, but a factual controversy: Sir Francis Bacon was absolutely abysmal at managing his personal finances. This is evident by the multiple bankruptcies throughout his life despite the well-paying, prestigious office positions; not unlike Leonardo Da Vinci, another polymath whom it seems that his search for arts blinded him from the cold-reality of finances.

Who Was Sir Francis Bacon In His Twenties? An ambitious, calculating lawyer & politician with a superbly-heightened sense of penmanship.

Was He Accomplished In His Twenties? Formally it’s hard to say no — he quite quickly climbed the legal ladder & positioned himself politically with his association to Robert Devereux. However, he certainly hadn’t accomplished anything generational just yet.

Eventually reaching the political & academic summit by governing as Lord Chancellor & establishing the scientific method, Bacon’s path to the heavens were not without equally great falls. More than once, Sir Francis Bacon found himself financially desolate; additionally, in fact, at one point he found himself so severely politically outmaneuvered that he wound up publicly humiliated with an onslaught of corruption felonies.

But alas, he persevered — that’s the lesson perceived in Sir Francis Bacon. The commitment not to accomplishments but to ideals, to lifelong values. If the journey is the goal, then how can one walk away?